Can Inflation Index Bonds replace gold as a safe investment….???

Reducing youth unemployment is one of the major challenges facing most governments in the world for decades to come. With an estimated 88 million young women and men worldwide are unemployed. According to a recent study conducted by the International Labour Office (ILO), youth are generally three and a half times more likely than adults to be unemployed.

Though an accurate estimate is difficult to obtain, unemployment is always a serious problem in Kerala. Though the supply of work seekers increased, the demand for them did not increase, which resulted in rapid rise in unemployment in Kerala. As per the second Employment – Unemployment Survey conducted by the Labour Bureau, an organization under the Ministry of Labour and Employment (GOI), during the year 2011-12, Kerala is placed in fourth position in the case of high unemployment with an Unemployment Rate (UR) of 9.9 per cent behind three small States viz; Goa (17.9 per cent), Tripura (14.1 per cent) and Sikkim (12.6 per cent). This indicates that among the larger Indian States unemployment is highest in Kerala (Economic Review Report 2012)

We have a culture of job seeking rather than job creating and at times it may lead to unemployment. Sometimes education also creates unemployment .Even though one is interested in engaging in some entrepreneurial activities or any other activities it is been restricted because the traditional educational system won’t allow an individual to go out of the box.

There is no option or less option for a student to choose his/her subjects in school. All have to follow the traditional educational system where they have to do their 12th after 10th std and then get into some degree course. If anyone happens to discontinue their studies after 10th /12th   or have joined for a degree course, sorry, then you are not studious, and for many, studious are those who join for the engineering or medical course! A frequent sentence from teachers and parents during school and college days was to study hard, score good marks, and be a doctor / engineer, so that you get a good job. We were never given any other options and if we couldn’t fit into the above said professions we were labeled as a failure. 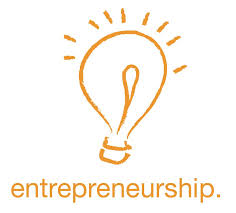 Why entrepreneur is not considered as a professional? Is it because you actually do not need any educational qualification to become one? Keralites were once the leading entrepreneurs and now the glorious past has gone and everyone is behind two or three limited professions. Why there is less support for entrepreneurs especially from family/relatives and friends? Is it because of the uncertainty or the risk nature involved in it? Or is it because the education system /governments did not recognize entrepreneur as a professional and no such avenues were provided for the growth of such individuals? Or is it because of the social and cultural attitude towards entrepreneurship, Lack of finance, Lack of business experience and skills ,Lack of mentoring capacities, Lack of work space and infrastructure, Lack of exchange networks, forums and meeting places, Lack of business connections: Business contacts, suitable partners and networks, Lack of Entrepreneurship education in schools?

It is pretty hard to build a culture of entrepreneurship in Kerala though we were once the busiest traders and immensely contributed to the world economy. To be back with form and start a new culture, government has its own role to be played.

In Kerala, the government initiated an endeavor to nurture the entrepreneurs and also started to recognize the school/college drop outs! Yes, Kerala witnesses the magical change through the ‘Startup Village’. Startup Village is nothing but a business hub that aims to provide rookie entrepreneurs facilities and services to build up their own enterprise. It promotes the creative and innovative thinking ability among students and individuals and makes their ideas a reality.

The main vision of startup village is to incubate 1000 startups in 10 years and also build the base for the next billion dollar company from a college campus. It is the country’s first Public Private Partnership (PPP) telecom business incubator – set in at Kerala Industrial Infrastructure Development Corporation Park in Kalamassery near in Cochin. As a business incubator, the help and resources provided can be categorized as the physical infrastructure, technology & service infrastructure and finally mentor capital & people network. This can actually add an extra mileage to those individuals who are having a keen interest in starting up their own venture.

Another initiative by the government of Kerala is the student entrepreneurship policy which has introduced recently. Students who are in colleges and working in incubators would get 20% attendance and 4% marks in university examinations similar to what is being given to sports and NCC. It enables the students to carry out their entrepreneurial ambitions.

The government has initiated the change. Now its time for the students, teachers, mentors and parents to change the attitude! Though Kerala is well known for its literacy, health status and social status we are still backward in our entrepreneurial culture. An entrepreneur is the one who solves problems for people, at a profit. This says all about entrepreneur in a nutshell regarding its objective and the outcome; making profit and solving people’s problem (making no harm to any!!!)

Let more Keralites incline to these startups for a better tomorrow!!!

* Author is Research Associate at CPPR