International Conference on ‘US Rebalance and Asia Pacific Region’

Switch on ceremony of the documentary on Shaji N Karun

Delhi Elections and its Aftermath for AAP 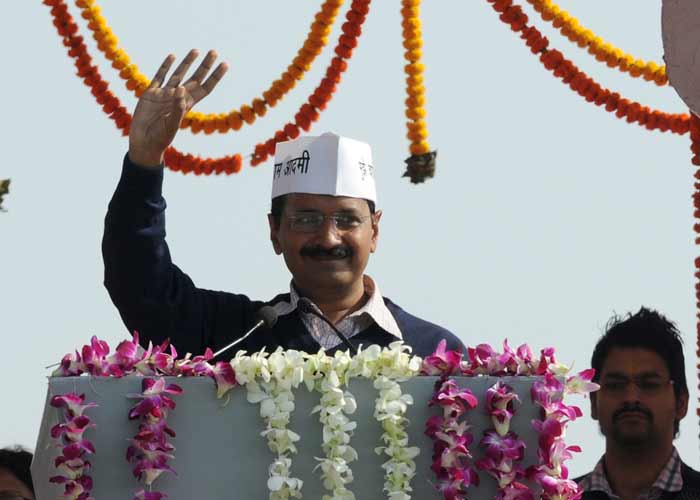 Delhi election results did create a wave. Social media was flooded with applause for the lone fighter in Arvind Kejriwal. Success of the Aam Admi Party (AAP) was lauded as the success of democracy. Exit polls predicting the number of seats that the main rivals would win became a mere mockery. The common man felt rejuvenated. Crossing party lines people to the left of centre in the political spectrum embraced Kejriwal for his commitment to usher in a post-BJP world. Now that Modi wave was challenged, AAP was described in vivid terms as an effective challenge to the Hindutva agenda of BJP across the country.

Before the opposition parties find solace in AAP for doing its work and beforeanyone projects AAP victory as a death knell to BJP a critical evaluation of the status quo has to be made. There stands five years in front of the AAP to prove itself; five years of unobstructed roller coaster ride without an effective opposition to provide any check and balance.

The future for AAP

AAP has to set up in house vigilance committees and trainers to oversee the functioning of their MLAs; most of them are going to be in the corridors of the power for the first time. One could only wish that they would remain as upright and honest as was in the case for the AAP MLAs of the previous outing. Add to this the financial requirements of the promises made during the election campaign. This includes free water and reduced electricity rates, establishing 500 schools and 20 colleges, converting Delhi into a manufacturing hub, solar power for the National Capital Region (NCR), complete Wi-Fi and so on. Questions have already been raised on how the government would find the much needed financial resources to complete these projects. The spatial requirements of expanding the industrial and educational infrastructure in NCR also needs to be considered.

There is no doubt that the intentions are well received but a time frame for managing these projects needs to be spelled clearly. Political environment could change any time. Incumbents are often suspected by citizens to turn to autocrats. Demand for change could spring for the most unsuspecting reasons. National and international concerns could replace regional and citizen centric issues at short notice. It is not that we do not understand this, but in politics convenience and forgetfulness play the limelight every alternate day.

Most importantly the victory of AAP has masked certain realities in Delhi. AAP has managed to win over the larger agenda of the BJP but this has not reduced the vote share of BJP in Delhi significantly. It has remained consistent around 33 per cent since 1998. The victory of AAP has thus not claimed those territories where the BJP cadre had been operating. The party which rules the centre still enjoys considerable support in Delhi. It is also to be seen how long the euphoria around AAPs victory would last.

It is also to be seen how long the euphoria around AAPs victory would last. The party plans to expand to Punjab, Gujarat, Rajasthan, Madhya Pradesh, Chattisgarh and Orissa. But the question is: Are these states a replica of Delhi, or can they ever be one? AAP succeeded in Delhi by highlighting specific issues that affected day to day life of its citizens. Voters in Delhi find in Arvind Kejriwal the ‘aamaadmi’ they were searching for and the muffler man did not lose any time to build the brand and vision around him. The campaign was so successful that national and international considerations were swept aside as of little relevance to the people in Delhi. But can such a campaign influence those states in which the party plans to expand? If they have to succeed in these states, they have to clone Arvind at the state level if not for any other matter.

Grass root activism in these states

Grass root activism in these states are influenced by multiple stakeholders. The so called unity among the opposition will have a testing time when AAP goes against some of the regional satraps in the name of accountability and transparency in politics that it has stood for. It means that AAP will find it extremely difficult to negotiate its terms politically in these states. Success in Delhi will raise the call for setting up party structures or to revive the functionaries from all across the country. This will turn strenuous for the central leadership to accept or reject given the prevailing mood. The task would be multiple in case they heed to the pressure from the local leaders. However, it has to be accepted that there are obvious points through which AAP can enter the psyche of the citizens in urban centres.

AAP victory in Delhi was resounding to every citizen in India for the fact that it ensured politics in India to be a competitive game. Citizens can still be decisive in deciding who should lead them irrespective of the power of advertisements, money or crime. There are promises as well as challenges ahead. AAP has to ensure that its members reflect the transparency and accountability that Kejriwal symbolizes. Political strategies need not balance with popular expectations. To evolve as a national party would require a careful consideration of these facts.

*The authors work with the Centre for Public Policy Research.