All Bucks Stops at Skilling

The aptly crunching buzzword one everywhere hears now is skilling or reskilling the manpower as an imperative for the country if we want to achieve more inclusive nature of human development indicators and thereby accelerate the economic growth at a faster rate and ensure it sustains in future.

The entire issue of skilling has been comprehended quite vividly by skills expert Mr. Manish Sabharwal. He recently wrote that “India’s skill crisis is a child of a fragmented regulatory regime (State vs Centre, 19 ministries vs 2 human capital ministries), the dead-end view of vocational training (the lack of vertical mobility between certificates, diplomas and degrees), a broken apprenticeship regime (we only have 2.5 lakh apprentices relative to 6 and 10 million in Germany and Japan), a weak job framework (the national occupation codes don’t create a shared thought world for employers and educators), no linking of financing to outcomes (we pay for training, not jobs), no separation of financing from delivery (creating competition to government delivery by using government money for private delivery) and dysfunctional employment exchanges (1,200 of them gave 3 lakh jobs to the 4 crore people registered last year)” (Indian Express, 1st August 2011). Various measures have already been announced by Government of India towards addressing these issues.

It is true that the skill training sector received a big boost in India during the last five years in terms of attention paid by different stakeholders both domestically and internationally on furthering of quality of debate on a range of issues. However, the public debate in India has reached a stage where pundits increasingly point out that the meaningful way to reap the window of demographic dividend is through the improvement of quality of portable skills of young men and women in rural and urban areas. 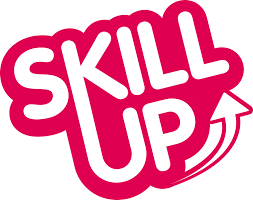 The latest energization of skilling event in India comes from the Budget 2013-14. First, the budget acknowledges the inevitable value of skilling young people. It has set a target of skilling 50 million by end of 12th Plan (2012-17). Secondly, the Finance Minister has allocated Rs.1,000 crore for a new scheme for skilling young people with an average of Rs.10,000 per trainee as monetary reward. And lastly, he has reduced the tax burden on skill training institutions or vocational training providers by exempting them from paying of services tax. There is a reason for all these three propositions.

The government has done a reasonably good groundwork during the 11th Five Year Plan (2007-12) clearly demarcating the possible avenues for massive skilling event moving away from usual government’s limited interventionist approach. First, it has set up a National Coordinated Action on Skill Development (2008) in close consultation with the industry and other stakeholders. The Coordinated Action has been operationalised and monitored time to time at three levels including by Prime Minister’s National Council on Skill Development for broad policy direction, National Skill Development Coordination Board (NSDCB) under the Planning Commission for coordinating the efforts of skill development activities undertaken by different stakeholders; and the National Skill Development Corporation (NSDC) under Ministry of Finance for fostering the private sector involvement in the skill development activities in the country. At State level, the State Skill Development Missions (SSDMs) constituted by State themselves mostly under the Chief Ministers or Chief Secretaries are taking interest to scale up the coordinated efforts of skill trainings activities. These new institutional setups in skills space have rather inclusive composition at all levels by including people from industry, civil society, subject experts and government functionaries as members. Mr Sabharwal is member both in the PM’s National Council and in NSDCB.

Secondly, the government has also brought out a meaningful national policy namely the National Policy on Skill Development 2009. This policy may be the first time ever in the history of Independent India to clearly spell out the issues and prescribe appropriate medicine for it. The policy was formulated by the Ministry of Labour and Employment with close consultation of industry and civil society organisations to really gauge the long term focus of vital areas like realising the fact that the government alone cannot do everything possible to skill or reskill millions of people by 2022 and beyond; the policy identifies major central ministries/departments which are dealing with skill training in some or other way; and it deals with range of issues/challenges and paves roadmap for strengthening institutional delivery mechanism like re-engineering the present institutions like National Council for Vocational Training (NCVT), designing the world class quality curriculum, setting standards for different skill training, quality assurance, accreditation of assessment bodies/training institutions, award of certificate, optimal use of ICT, setting up of sector specific councils headed by eminent industrialist, etc.

Thirdly, the policy has clearly emphasises that the role of industry is the backbone of skilling millions of people to compete in the labour market both domestically and globally. The policy also acknowledges that the industry has a vital role for making systemic and structural changes in the vocational training sector in the country. Whether it is reforming the district employment exchanges under the proposed Labour Market Information System or bringing out a National Vocational Education Qualification Framework (NVEQF) or setting National Occupation Standards (NOS) or infusion of competition among training providers and providing choices for trainees. In each one of these initiatives the industries have to play a major role both in interest of themselves and the nation building process. Of all these new initiatives, the government has already started implementing certain initiatives like NVEQF in record time! The HRD ministry has also got State Governments on board. It has already launched a pilot scheme in states like Haryana for implementing the NVEQF by providing vocational education as optional subject in Class IX and XI in services sector related trades/courses with the linkage of industry requirement. The NSDC has prepared NOS for these trade/courses which are being taught in schools under pilot scheme.

The other astonishing development is that there has been significant growth during the last five years in setting up of new industrial training institutions (ITIs) mostly in the private sector (around 80%) under the Ministry of Labour and Employment. The number of ITIs that stood at 5,114 in 2006-07, more than doubled to 10,344 by the end of 2012. In other words, number of ITIs established in the country since the Independent and upto 2006-07 was 5,114 only; whereas during the last five years about 5,230 ITIs were established! Although, the presence of ITIs in different region are highly skewed and about 60 percent of ITIs are located in southern India.

Since October, 2009, the NSDC has approved more than 69 skill training projects partnered with private sector firms/institutes and trained about 3.20 lakh persons, out of which 2.41 lakh persons (75%) were provided placement. The Labour Ministry has also registered more than 7,000 vocational training providers under the populist scheme called Modular Employable Skills. Under this scheme, the Ministry has developed more than 1,400 short term training modules covering about 60 sectors. It has also approved 36 Assessment Bodies (mostly industries) for assessing the trainees skills for certifying as well as testing of those who are already possessing skills and wanted to receive certification which would enable them to get jobs in the market. The Ministry has trained/tested about 1.4 million persons so far. However, the ministry does not provide the number of persons received jobs after skill training and assessment by industry.

On the flip side, the PM’s National Council, NSDC and some select State Governments have done reasonably good work except the NSDCB! The NSDCB had constituted five Sub-Committees on various aspects of vocational education and training for undertaking systemic reforms in the country. All the five Committees Reports have also been submitted. Some of these Committees have made really great recommendations but the tragedy is that Reports of Committees/Commissions constituted by Government are not time bound for implementation of recommendations/suggestions. Secondly, there is more confusion in the projection of target of skilling 50 million during the 12th Plan period. The Economic Survey 2012-13 mentions target skilling of 8 Crore persons in the 12th Plan. The 12th Plan Document of Planning Commission mentions both 50 million as well as 8 Crore! The basis on which these projections arrived is not clear. Thirdly, the annual capacity of skill training of various Ministries/Departments is around 4 million persons only. Hence, the annual target of skilling 90 lakh persons for 2013-14 is also looks unfeasible. The above skill training numbers includes all the major Central Ministries/Departments/Organisations involved in skill development and training in the country. Fourthly, despite the best of efforts of many new institutional setups with inclusion of industry experts and civil society activists, the Central government is still finding difficulty in bringing out a comprehensive amendment’s to the filthy Apprenticeship Act, 1961. However, the future is filled with a lot of positive energy. Let’s face it boldly.

The author works in public policy in New Delhi.