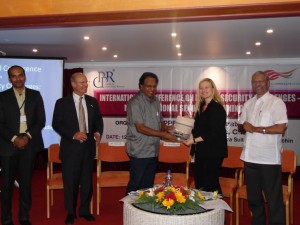 Perspectives from India and United States of America

Beliefs about security are based on threat perceptions in the environment. Assessing security is a cognitive process based on the repertoire of beliefs that make up a person’s subjective view of reality. The issue of security can, therefore be considered in political, societal, and economic terms. Changing security beliefs are based on global trajectories and the realignment of transnational environments.

For the last two decades, the international community has been concerned by the emergence of non-state actors waging war against the state in ways hitherto unknown in conventional warfare. Widespread transnational terrorism and other anti-national movements have spurred the need to reconcile national security concepts and perspectives, in order to enable domestic development, growth and harmony.

India has been a victim of various kinds of security threats, both internal and external. The United States of America has also faced major security threats, which reached new proportions with the terrorist attacks of 9/11. In strategic terms, international cooperation is vital to fight terrorism. India and the USA, being among the world’s largest democracies with strong federal structures, have great potential to work together and collaborate effectively to combat such threats.

With these considerations in mind, the CPPR-Centre for Strategic Studies decided to conduct its first international conference on ‘’National Security Management in Federal Structures: Perspectives from India and the United States.’’ The focus was on the federal framework of the two countries and the best way forward to tackle security issues in the emerging political and economic scenarios at the federal level.

The themes and deliberations of this conference highlighted the significance of national security in federal structures. The participants examined current Indo-US policies and threw light on new security dimensions, both from an academic as well as a practitioner’s perspective. This book is a compilation  of the resource proceedings of the Conference which has been contributed by eminent strategists, academicians, policy makers etc.

Download the Book by clicking on to this link: Book on National Security