Organisational Restructuring of Railway- A Possible Panacea (PART I) 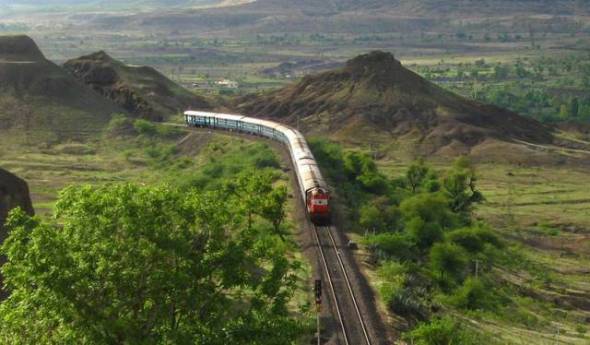 Organisational restructuring of the Indian Railway has become the most indispensable policy proposed over the past years. Despite repeated efforts by various railway reform committees, this reform is yet to be implemented. Due to its archaic organisational structure, the 150 year old organisation suffers from poor project execution and delays in development resulting in time and cost overruns.

Another consummate effort in this direction has been made by the Bibek Debroy Committee (‘the Committee’),constituted by the Railway Ministry in September 2014. In April 2015, the Committee released its interim report for stakeholders’ viewpoints and it contains a promising array of recommendations to transform the railway system into a more efficient and effective one.

Indian Railway operates through 17 railway zones which are further divided into 68 divisions. The Railway Board holds centralised powers over these zones, thus leaving the General Managers (head of zonal railways) with little leeway for independent control and decision making. Such an organisational structure makes efficient planning and project execution a mammoth task.

The Committee recognises the vitality of decentralisation of powers and empowerment of zonal railways to function independently. In order to improvise the speed, efficiency and quality of project execution, the Committee proposes to bring all zonal construction organisations under an umbrella of one or more PSUs like the Konkan Railway Corporation (KRC), the Rail Vikas Nigam Ltd (RVNL), the Indian Railway Construction Company Ltd (IRCON) and such. These PSUs have been successful ventures because of their operational autonomy from Railway Board that only conducts periodic evaluation of their performances.

In response to this recommendation, the suggestion submitted to the Committee was to set up each zonal railway as an independent PSU instead of bringing all zonal railways under a single PSU. For instance, Konkan Railway Corporation (KRC) could be an ideal example of such a zonal PSU which was set up solely to develop and operate Konkan Railway with equity participation of Indian Railway and interested State governments. Unlike other railway zones, KRC’s governance structure, administrative policies, human resource policies and finance & accounts are independent of Indian Railway. Likewise, each zonal PSU could operate independently while the Board plays a supervisory role.

This is more desirable than bringing all zonal construction organisations under an umbrella of one or two PSUs for various reasons. Firstly, it would lead to true decentralization of power. This governance structure would easily attract private parties to participate in infrastructural and operational services and also aid in attracting FDI. Secondly, each zonal company would have the autonomy to develop, upgrade and maintain its zone as per its own requirement. This would enable individualistic growth of each zone based on its divisional requirements. Furthermore, the performance and project execution outcomes of each zonal company would not be tampered due to any functional inefficiency at any of the central PSU. Additionally, an agreement similar to Code-share agreement of the Aviation Business Management could be signed by zonal companies to share and utilise each other’s infrastructure and facilities so as to ensure smooth functioning of the entire railway network.

Rationalisation of Railway Zones and Divisions

The excess number of zones and divisions are clearly unwarranted and necessitates streamlining. The Committee also acknowledges this need, however there are no further discussions as this topic is beyond its mandate.

In our proposal submitted before the Committee, it is contemplated that establishment of zonal companies and their operation of high speed trains or bullet trains could aid in the rationalisation exercise of zones and divisions. Firstly, each independent zonal company would be restored with its original powers and responsibilities of operation, management and development (Reference to Clause 3.18 of Chapter 3 of the Report which explains the original powers and responsibilities of zonal railways). While the Railway Board plays just a supervisory role, zonal companies would be empowered to take independent decisions to operate high speed trains or bullet trains. With the launch of high speed trains, time taken for long distance travelling would be considerably reduced. Each geographical location would be better connected and two or more zones could be merged to operate and manage larger zones.

Furthermore, the establishment of independent zonal companies would help in creating competition amongst the zonal companies to improvise railway experience and to provide better services to customers. As asupportive mechanism, the Board could provide incentives such as awards and recognitions to the best performing zonal companies.

Under the current scenario, rationalisation of the railway zones would be a complex, exhausting and time consuming policy to implement considering the high stake ofrailway employees and labour unions involved. However, it is also an inevitable step towards successful restructuring of Indian Railway.

Part II of the write-up addresses the other four recommendations of the Committee.