‘Delhi or Kochi, this metal is hot property’, Times of India

Perspectives from India and the United States

“We live in time of sweeping change” – Barack Obama. The development trajectories of democratic nations promise peace and harmony while aiming towards growth and prosperity. However, skewed and poor policy decisions or even lack of them leads to exclusion of masses, injustice and deprivation.  Disasters – natural or manmade, Maritime and Cyber Security issues also challenge the preparedness of Nations in ensuring basic Security to life and property. Further, governments around the globe struggle to keep a check on and strategically curb extremism, communalism, regionalism and anti-social tendencies that shake fist at national security.  Need to balance interests in trade and commerce, the pivotal role of State and urban economies in indirectly affecting National Security are other areas of concern.

It is evident that various looming issues that threaten the security of individuals, families, communities, environment and nations at large continue to push development initiatives to a state of atrophy. Most of the countries of the world  have been witnessing insurgencies, riots, formation of separatist groups and even terrorism, where India and United States of America share the same concerns. War, foreign terrorist attacks, border disputes, forced or illegal migrations and aggression of foreign nations hurting the sovereignty and security of citizens have always been debated intensively. Nations invest billions on border security, nuclear security, defense strategy, arms and ammunition’s to ensure National Security. However, many of them continue to struggle to develop the right strategies and plans to tackle these issues. The concept of security is extraordinarily dynamic in nature and points towards social, economic, political, environmental and even information and technological security. Therefore, time and again the emerging development needs of the world demands re-looking, re-defining and re-strategising of National Security.

Today, nations around the globe need to stay prepared so as to respond well and promptly recover from the unprecedented challenges that affect their National Security. There is a need to prioritise keeping in mind long term security goals and at the same time redressing immediate security threats. To achieve this, a decentralised approach is imperative. Unfortunately despite growing tensions, the nation state’s and ruling government’s response and action have often been limited and weak which has accelerated insurgency and terrorism. To begin with, it is pertinent to understand the role of the ‘States, local self government or local bodies’ and its machinery in a ‘Federal’ setup while understanding the context and paraphernalia of National Security. Further, the feasibility and success of a “bottom to top” approach so as to detect security threats and to counter it effectively needs to be studied rigorously.  An effective framework for State-Centre collaborations, role of Federal Anti – Terror Agency modelled on the National Counter Terrorism Centre (NCTC) of the United States, joint operations and sharing of security intelligence is the need of the hour. This International Conference is an effort to draw Indian as well as American experts from varying but relevant fields to learn from each other’s experiences on National Security.

In-depth studies focussing on the ‘Role of States in ensuring National Security and framing Foreign Policy in Federal Structures are solicited for discussion in this Conference. 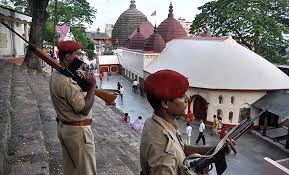 (Perceptions, Notions and Dimensions of National Security in a Federal Setup – A Tour D`Horizon)

(Typologies of the National Security Debate: Economic and Societal Issues)

P.S. – Participation by Invite only.

For any queries, you can mail us at: [email protected]