AFSPA: A struggle worth living for?

Transport still a problem for IT hub, Times of India

How to Plan a City – Lessons learnt from Jane Jacobs

“Cities have the capability of providing something for everybody, only because, and only when, they are created by everybody.”

Planning and developing a city can be a tedious task.  There are different ways to plan a city.  Le Corbusier and Ebenezer Howard, two of the most famous city planners believed in the orthodox city planning theory. However, Jane Jacobs,who was one of the first and best-known critics of the comprehensive modernist approach to urban planning,believes that modernist way of planning urban cities rejects the city, because it rejects human beings living in a community, characterized by layered complexity and seeming chaos.  Instead, she believes that the city works best through diversity and disorder, and is produced by the many relationships rather than purely the architecture.

For me, even though Jacobs evolved these ideas many years ago, her ideas and conceptions of how to make cities livable are even relevant today, especially in cities where large-scale urban redevelopment projects often lack diversity and vitality.[1] It is interesting to note that these concepts and ideas influenced one of the most important movements in planning, the New Urbanism movement in the USA. They try to maintain the vibrant, fine-grained, mixed use neighborhoods of the American cities.  [2] 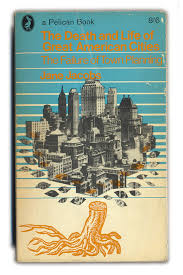 The most fascinating fact about Jacobs is that her ideas were evolved when she was a young mother living in New York’s Greenwich Village.  Her methodology was plain observation of the city.  Something, which we often forget these days, amidst the rigid formulas that we follow to seek if a plan, is viable or not.  It is interesting to note that Jacobs had not received any theoretical training or higher education regarding urban development, she only wrote from her experience as a city-dweller.She was no planning expert instead she had watched and walked her neighborhood.

Often city planners forget the most fundamental rule while planning a city. They seem to forget that they are planning a city for the people. For Jacob, one must only plan a city according to the needs of the people living in it.  She believes that the city needs to be seen in detail. She reminds us that every area has a different character and the problem lays when we try to achieve a specialized understanding of the city as a totality.[3]She believes that cities are problems of organized complexities i.e. they are composed of numerous interrelated factors.  However, the orthodox city planners say that the cities’ problems are problems of simplicity or disorganized complexity. For these reasons, she believes that horizontal structures in city planning would work better than vertical structures, which aim at simplifying problems of such complexity.[4]

While reading her book, The death and life of Great American cities, I felt that these orthodox plans were leading to the destruction of the city as a living community. I found myself in consensus with her, when she claimed that urban renewal policies[5] destroyed communities and created isolated, unnatural urban spaces.

The ideal urban conditions according to her include street safety, dense occupancies, and cheek-by-jowl heterogeneous infrastructures.[6]For this, diversity in the city is a pre requisite. She lays down four preconditions, for the creation and preservation of vibrant, diverse cities: (a)Mixed land use to facilitate a temporal spread of people, (b) Smaller blocks (more corners) to promote more frequent and cross use of the streets, (c) A mix of new and aged buildings as they differ in economic yield to sustain a variety of users, and (d) Sufficient concentration of people to boost economic activity, sidewalk safety and to lend volume to the district’s political voice.[7]

She believes that the cities must attract a far wider range of people in order to use land for mixed purposes.  For this, the cities must provide for housing, offices, shops, and other services.  Consequently, the streets and sidewalks of mixed-use districts would be more active and safer, both day and night, while being less congested at peak periods. The most effective mixture of uses are fine-grained: each block should bring together different uses, and not be dominated by a single activity, no matter how thriving.[8]

According to her, this would ensure better safety than a vigilant police force.  Since the public actors such as the storekeepers, door attendants and interested neighbors, would play the role of habitual street watchers[9]. In other words the more the number of eyes on the street, the safer the street would be.  She also insisted on an mélange of continuous activities at varying hours to further the security and safety of the streets.[10]

However, she condemns long blocks for sabotaging mixed use, since long blocks allow passers-by to ignore streets.  These new developments in the cities generate traffic for limited periods and then later lapse afterward into dead or dangerous districts.

Jacob believed that the infrastructure must be a mixture of old and new buildings.  In addition to this, she believed that this mixture was an economic necessity[11].  The new buildings represent higher rents due to their construction costs where as the old buildings represent lower rents.  This mixture is desired for purposes of diversity, both primary and secondary.  Jacobs agree that the mix of buildings or diverse structures may not always be the most appealing to look at, however, homogeneity would bring the Great Blight of Dullness in other words it would be boring and monotonous.  She believes that neighborhoods that have this mixture are typically more successful than other neighborhoods[12].

She also recommended that the design of cities be manipulated to frustrate car use and at the same time to make cities more compact and walk-able.  For her the management of traffic means encouraging the people to use public transport and discouraging them from using automobiles.[13] 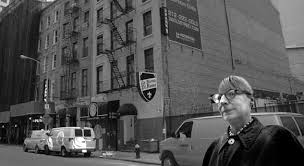 Another feature Jacobs advocated was the existence of a web of sensitive relationships in the existing cities, which needed to be preserved.  Jacobs believed that the only way in which the existing web can be retained is through a rebuilding process would be by rehabilitating or replacing building-by-building slowly and gradually.[14]

Jacobs argues that strongly centralized city planning results in inflexibility, and people must contort themselves to their environments.Her objective is to preserve interpersonal linkages and communications, which make the area a neighborhood or a community[15].Jacobs felt that the worst kind of projects were the public housing projects, which by law enclose a definable segment of the population.[16]

What Jacobs reminded me was that, it is only when we appreciate such fundamental realities of our cities can we hope to create cities that are safe, interesting and economically viable, as well as, places that people want to live in.

[5]Urban renewal is a program for the redevelopment of land in urban areas where the land use is of moderate to high density.

* The author is intern at CPPR