India and the Developing Africa 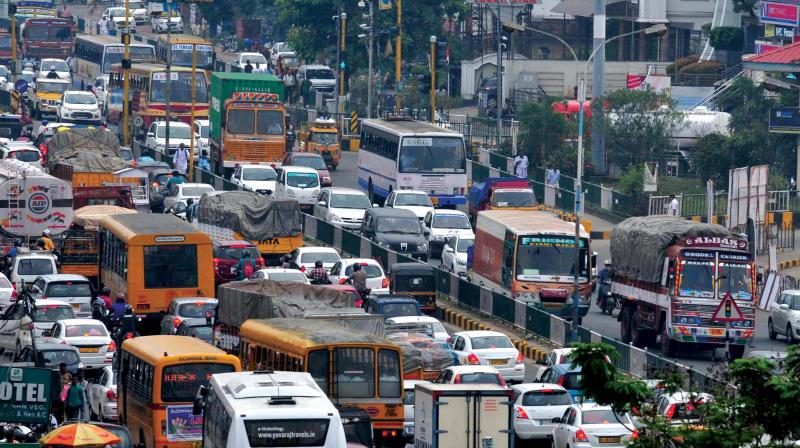 The design and details of the proposed six-lane Vyttila flyover will be published on the Public Works Department (PWD) website in a week. It is to allay doubts and fears in the minds of the people, a high-ranking PWD (NH wing) official has said.

A traffic-flow chart aimed at regulating traffic is awaiting final approval. This too will be published before the inauguration of commencement of work on the flyover by Chief Minister Pinarayi Vijayan on December 11, the official added.

“As part of implementing a fool-proof traffic plan, we have sought a meeting with the District Collector and traffic-police officials. This will be followed by another site inspection to detect flaws in planning, if any,” he said.

Prior to the commencement of piling work, the PWD (NH wing) will barricade a 12-metre-wide portion on each side of the NH Bypass to enable smooth movement of hydraulic rigs and lorries that clear slush from the work site. .

In the meantime, it is learnt that the contracting firm that has won the bid for the flyover project has quoted Rs78.36 crore for the project, as against the PWD’s estimate of Rs86 crore.

D. Dhanuraj, chairman of Centre for Public Policy Research, a city-based think tank, said the halo of secrecy about the flyover design must go, and that all sections of society must be taken into confidence. “The work on the project will affect commuting in the city. Six major roads converge at Vyttila, and road users, including pedestrians, have the right to know how they will be affected when barricades are erected,” he added.

This news was published in The Hindu on December  1, 2017, click here to read: Flyover design on PWD website soon