Presentation on ​”Migrant laborers and changing labor relations in Kerala”

Education Sector in GATS: How to address our concerns? 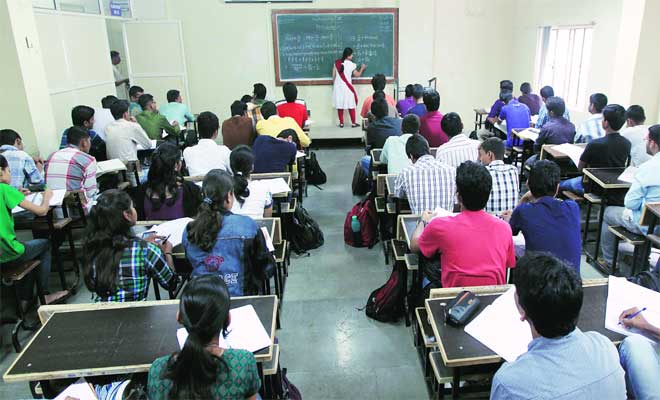 The recently concluded tenth World Trade Organisation (WTO) Ministerial Conference in Nairobi saw the conversation surrounding the introduction of the WTO-GATS (General Agreement on Trade and Services) in the education sector regaining the attention of policy makers.

The GATS is a treaty that entered into force during the Uruguay Round negotiations in January 1995. The treaty lays down the multilateral rules that will govern the service sector, except those taken care of entirely by the Government; the same way the GATT (General Agreement on Tariffs and Trade) oversees merchandise trade.

Rules outlined in the GATS apply to various members of the WTO, with varying degrees of compliance. In 1996, it was proposed that education be brought under the ambit of GATS. Thus, education is one of the 12 services included in the list of activities binding member countries, thereby allowing unrestricted market access.

From day one, India has maintained that it will only consider higher education under GATS, and has stayed away from making any commitments under the WTO-GATS with respect to the remaining subsectors. India’s education sector is classified into five subsectors: primary education, secondary education, higher education, adult education (technical and/or professional or vocational education), and ‘other education’, which is related to courses fulfilled via correspondence and diploma courses.

Such openness on its part has been triggered by countries such as Australia, UK, US, Brazil, Japan, New Zealand, Norway evincing an interest in the burgeoning Indian education market.

Following the Nairobi conference, the debate: should India, or shouldn’t India sign the WTO-GATS, has once again gained traction. Although clarification on India’s stand is awaited, the meeting has also thrown open discussion on another related, and often discussed, subject: the state of the Indian Higher education system.

One of the issues within this is the movement of Indian students abroad to acquire higher education. Reports claim that more than two lakh Indian students are going abroad to pursue higher studies. To neutralize this trend, the Government of India is actively pursuing the policy of inviting foreign universities to set up campuses in India. A major worry that stems from this step, a fear echoed by those against the GATS, is the liberalization of the education sector that would take place from seeking out this goal.

If the GATS’ is accepted, it will lead to the WTO dictating the rules and regulations governing the sector. And this, in turn, would threaten the sovereignty of the country – in terms of being able to autonomously shape its own education policy. If one takes a closer look at this intention/step, the entry of foreign universities and the automatic approval of 100 per cent FDI in the sector are at present hindered by the Parliament. Instead of the acceptance of the WTO-GATS, which will going forward compel the Government to open up this sector; the Government should instead take suo moto cognizance with respect to this matter.

If done, this could be used as a bargain point during GATS negotiations, and it will also prevent States from losing the right to legislate on matters in this sector.

Another argument is that the WTO-GATS will usurp the opportunities of the poor, like in the case of food security. This has been a popular refrain in the context of liberalizing the education sector as well. One of the paramount worries is that with the advent of foreign and private players in the education sector the costs of higher education would shoot up, making it beyond the reach of the poor and needy. There are several ways to counteract this.

Banks should be in a position to give loans to students to pursue higher education within the country. As a checks-and-balance mechanism, banks should come up with an index like Cibil’s credit worthiness, which will be assessed prior to giving out such loans. This ‘score’ will take into account and evaluate not only the performance of the student but that of the educational institution he/she comes from as well. And will bestow greater transparency and accountability in the system. If the student knows he needs a high score to secure a loan, he/she would demand it of their institutions to instill the needed skill sets to achieve such results.  It would promote a virtuous cycle where students would make sure their institutions are accountable, institutions will make sure they are up to par, and banks would know that their loan is a sound investment.

The second mechanism is to institute vouchers handed out by the government: a student could encash that voucher in an institution of their choice. This would mean that ‘choice’ would ultimately rest with the students, and educational institutions, owing to this, would be forced to keep up their standards to attract them.

As a result of such moves, a middle layer of cumbersome regulatory authorities would be rendered redundant.

For educational institutions, not only would this mean freedom from the archaic and rigid framework set by a multiplicity of bodies such as the UGCs and AICTES, it would also mean they can, by their own initiative, institute programmes and courses in keeping with market requirements, without the hassle of approvals and sanctions. Thereby, help in attracting students.

It’s important to point out, that this is by no means the first time a suggestion like this is being made. In the past, the World Bank and the Yashpal committee report on education reforms have suggested the creation of an independent regulatory authority to replace the multiple agencies ruling the sector.

In doing this, not only will the Government prevent the oversight that comes with signing an agreement like the GATS but it would also mean that the points in GATS’ negotiations could be reinterpreted without losing the intended benefits of multilateral deals.

Such a robust institutional mechanism implemented at the Government’s end in the education sector will defend the sector from falling prey to the multilateral trade agreements if any.  Whether India commits to the GATS in Education, or not, the Indian higher education system demands quality and competition that would improve the quantity and quality of institutions, costs, infrastructure and finances, and this could be achieved through liberalization – better done autonomously than through the GATS.

This article has been edited by Pradipti Jayaram

This article is a reproduced version of the original article which was published in Pallikkuttam; a Rajagiri Educational Magazine. Views of the authors expressed are personal.