In the previous article we started with understanding of the inherent policy vacuums in some of the federal states in India. Our observation was that in some of these states at least for which we have the data, cronyism predominates in the sector. Politicians and business men have found undue presence in promoting and leading the private universities in these states.

A convenient point from which our analysis begins is the challenge to Chattisgarh Private Sector Universities Act, 2002, in the Professor Yashpal versus Chhattisgarh State case.The Court observed that

“The consistent and settled view of this Court, therefore, is that in spite of incorporation of Universities as a legislative head being in the State List, the whole gamut of the University which will include teaching, quality of education being imparted, curriculum, standard of examination and evaluation and also research activity being carried on will not come within the purview of the State legislature on account of a specific Entry on co- ordination and determination of standards in institutions for higher education or research and scientific and technical education being in the Union List for which the Parliament alone is competent. It is the responsibility of the Parliament to ensure that proper standards are maintained in institutions for higher education or research throughout the country and also uniformity in standards is maintained.”[1]

The case of private universities in Chhattisgarh opened up a gamut of issues on the operation of these universities. As a follow-up to regulating and monitoring the standards of these institutions, a series of steps were adopted by the UGC (under the UGC Act 1956). The guidelines were set primarily under the UGC (Establishment of and Maintenance of Standards in Private Universities) Regulation, 2003. Between the period 2003 and 2014, we see that the number of private universities in the country has risen to 184. As pointed out, these universities enjoyed legislative sanctions within their respective states.

Certain observations in the UGC legislation are important and worth analysis.

The UGC regulation 2003 notes that

The third has been the most flouted clause which has time and again led to legal sanctions against several universities. However, the first is the most serious clause that could lead to corruption and cronyism. The second one noted above is to show that the sector is not want of regulations that one should be concerned with private universities. In fact, it is a clear case for over regulation and inconsistent with the state laws established as envisaged in the SC judgement. At the outset one could observe that the regulatory mechanisms are not different for the Government and private institutions. However, we highlight that the first and the third clause will find it hard to go together.

Why do we need a separate Act for each university?

The implications and significance of these acts are not easily available until possibly an RTI is filed for the same. Note for instance that some of these Acts are also confusing; as in the case of Invertis University. Such heterogeneity of legislations compel us question the implications of these legislation.

Separate legislations for each university smacks transparency and breeds cronyism and dishonesty. Each state Government has to frame the rules for the sector and not for individual applicants. This endangers the basic tenants of equality before law. Since the intent is to promote private universities (again, the state has to clarify its position in the policy) the State has to ensure a level playing field for the competent parties. When the sector is opened up, the objective shall be to improve the quality of the education, up gradation of the courses on timely basis and availability and accessibility to the higher education avenues. These guidelines shall be incorporated in the legislation rather giving space for arbitrage.

The Case of Rajasthan

The case of Rajasthan provides some clue on where the legislations of the UGC or the states could be lagging to ensure that suitable players are not entering into the field of higher education in the country.

The federal state of Rajasthan has notified ‘Guidelines for the Establishment of Private Universities’ by Separate Act replacing the Rajasthan Private Universities Act, 2005. The guidelines cover three stages of entry of any player into private universities-an application stage, a stage where a government committee approves the sponsoring body, and a compliance stage where the government ensures that the conditions are met. While these umbrella guidelines exist there are two factors which facilitate cronyism. There are no clear definitions on who would constitute the committee (to approve the sponsoring body’s proposal) and what the criteria would be for selecting them. In addition the power given to the committee to evaluate the sponsoring body’s proposalbased on“back ground of the sponsoring body that is to say its expertise and experience in the field of education, its general reputation etc. and its commitment to follow the norms of the regulating bodies; and potentiality of the courses proposed to be offered that is to say the courses are able to develop the human resources as per the requirements of contemporary demands, the courses have new features and include emerging branches of learning” are open to questions and challenges. All these conditions are subject to interpretation and thus promote nepotism.

The second factor is with regards to the financial requirements of setting up these universities. For example:

When spending of stipulated amounts are made mandatory, it is also equally important to provide specifications on the kind of journals or the quality or kind of books to be brought. These are largely excluded from the guidelines. While it is accepted that a “university” has huge institutional criteria, which can be met only through a large capital flow, the necessary conditions that mandates entry of trusts, a society or a section 25c company as the sponsoring body raises questions on the possibility of crony capital finding space in this sector. The guideline mostly discusses the amount to be dispersed but not on the outcome part of such an institutional set up. Input costs mentioned in the guidelines are according to UGC norms but this again violates the reasons for state legislations to license private universities. 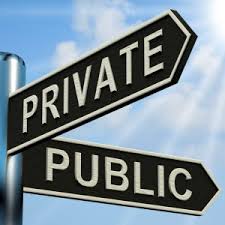 Reflections from the above observations

The premise of our article emphasizes the importance of private participation in higher education. This has sufficient gains not only in innovating in curricula but also in challenging the norms set in our educational environment. However, a keen observation on the sector in its current form reflects the lack of proper regulations in private universities across the states. We have highlighted the case of Rajasthan and Uttar Pradesh because of the proliferation of private universities in these states. As we have observed there are serious challenges in the legislations in these states, not only when individual Acts legislate the existence of these universities but also when blanket guidelines are used to promote these institutions. The way forward for the private university environment in India, we believe, might not be thorough the existing regulatory provisions under the UGC. In fact the UGC has to define its role, which is now stuck between a grant giver and a regulator. Continuous monitoring of the private sector in higher education would require the functioning of an independent regulatory authority. This would be the first step to ensure transparency in this sector. The intend and objectives of the private universities need to be redefined. One should not forget that it was the failure of the existing systems and processes that demand the private universities. If these private universities are also regulated by these failed rules and frameworks, it is not only a wastage of time and resources but also a national shame.

[2] Under this clause the 2003 regulation mentioned that “A private university established under a State Act shall operate ordinarily within the boundary of the State concerned. However, after the development of main campus, in exceptional circumstances, the university may be permitted to open off-campus centres, off-shore campuses and study centres after five years of its coming into existence”. This was subject to certain conditions that made monitoring and approval of the UGC mandatory in these campuses. However, this clause has been exploited by private franchisees (including coaching centres) offering courses in off-campus sites. : (Refer for instance: http://timesofindia.indiatimes.com/city/pune/UGC-warns-students-about-franchisee-tie-up-with-private-institutions/articleshow/20826121.cms)

– This Article is a reproduction of the published session “Policy Watch” which appeared in Palikkoottam, a monthly magazine