What happened to the Occupy Movement?

Whatever happened to the Occupy Movement?

There was never a doubt in my mind that all such movements fizzle out. But surprised to see how fast it did.

I like dissent. Even if I don’t think very highly of the dissenters or their cause! Societies need dissent on a regular basis. Otherwise societies get too comfortable with itself.

Much of the world today is a pampered place – compared to rest of history. Not suggesting there aren’t important problems to confront and solve. But most of these places where ‘Occupy’ type movements sprouted surely are. Ironically, thanks to the liberal revolutions that swept the world in the second half of the 20th century, ushering much of the material, civil, social, and other comforts we enjoy today.

It will be very difficult to convince a large number of people anywhere in the world, except probably in North Korea or some such place. It is to be noted that this very system that has just begun to pamper you needs to be pulled out by its roots and discarded. 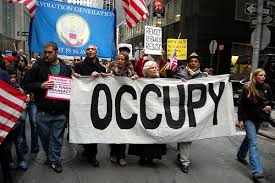 The way I see it is the huge vacuum created on the so called left. Today left is struggling to invent a new vocabulary. Will it be difficult because any realistic language will sound like some policy seminar and not a radical call for revolutionary?

“What do we want? Earned Income Tax Credit Indexed to Consumer Price Index! When do we want it? Over a period of time taking deficit and debt repayment into account while keeping an eye on the M3 supply!”

The world needs the left. Just like it needs the right. Left has done much for the world. Pushing for gender rights, environment movement, civil rights … (I will ignore for now the protests from the right who will say there were many on the right who supported these, if not invented them.)

But how does the left shed its Communist baggage and not sound like a broken record from the early 20th century? (Just realised younger people may not even realise the significance of a broken record). I suppose someone will!

Left and right face a common problem of the “Urge to address a plethora of problems”. Problems for sure, but many small and some serious. But when you put all of this together under the same umbrella and protest, everyone gets confused and disperses. Not to mention that one starts to disagree.

Take the Occupy groups. They did tap into a vein of genuine resentment about economic downturn and its ostensible reasons. But soon it took over all kinds of causes – sexism, homophobia, xenophobia, climate change. (There are parallels to this on the right.) Depending on who you are and your experience in life some of these are real problems. Some imaginary, some real but small and some serious.

But when you put all these under one umbrella of protest with only few ideologues seeing some kind of an over arching theme and connection – things start to unravel. I suspect many in the Occupy don’t even agree with each other on all these and other issues. So people tune out.

(By the way, when did we the complacent on the economic right concede so many important issues – sexism, homophobia, xenophobia, racism – or fighting against it, to the economic left? When did liberals and Conservatives get thrown onto the same bed? Sad! But this also shows why the words of left and right has limited use and can be very misleading.)

(Even funnier. Some of the Occupiers fighting sexism for example may be raging closet homophobes who also resent the idea of foreigners “occupying” their country.  ) Seriously, such giant, global tents of Occupying don’t work because – may I dare to say – Marx was wrong on lot of things. Caste sometimes trumps class and so on. Classes sometimes unite, for a very brief period of time, and realise that they don’t have much in common, including the chains. I guess the supreme irony of it all, diversity unravels such movements and nascent revolutions.

But there are some serious opportunities on the left. Will it be interesting to see who and how someone grabs it.

Read an interview of a leader of one of the Communist party in India. The first half I had not much to disagree. Decentralise, empower states, …. fight crony capitalism. This being election season, if he had stopped with that I could have gladly voted for his party. But as expected the man wouldn’t know when to stop. He then rattles of his stock statements – neo-liberalism, liberal agenda ….. (The fool does not seem to understand that it is his very ideology and accompanying schemes, put in place over many decades that created the mess that he is condemning!)

In India the left has not much to offer other than recycled subsidy agenda, with some “rights based” wrapper around it. Even that is tough since every day, last few days for sure, reports are falling out of the cupboard about the failure of such schemes especially in left leaning media outlets. It will be very difficult to convince people why we need more of the same failed schemes. 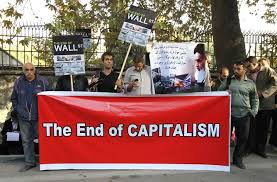 As I said earlier the world needs the left as much as it needs the right. So for the sake for long term debate and balance, hope left will discover newer truths and invent new vocabulary.