Opening up Higher Education Sector in Kerala: A Way Forward 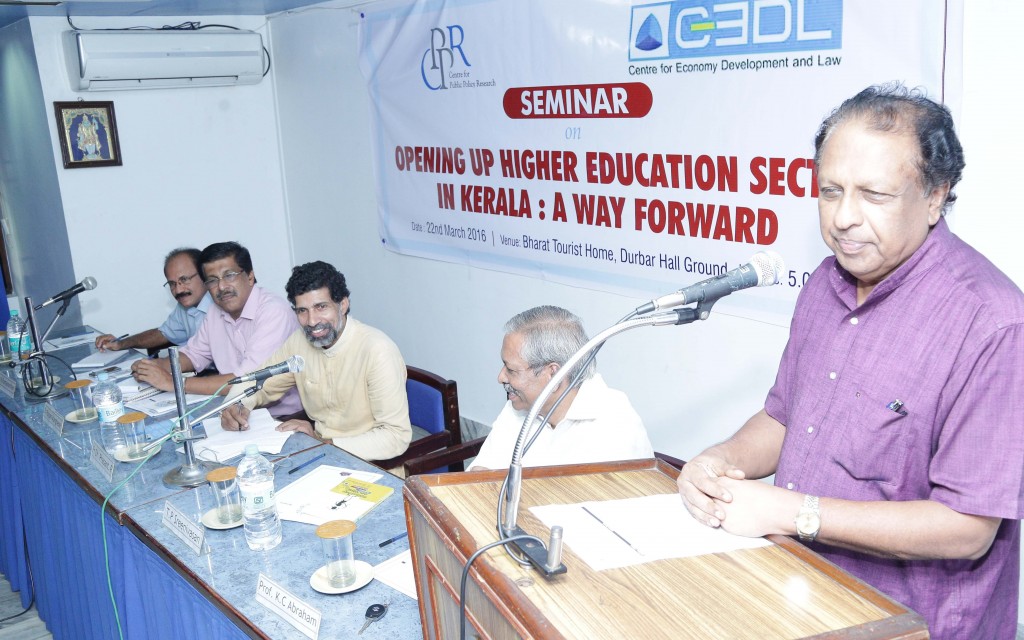 “I feel private universities must be allowed in Kerala,” says TP Sreenivasan, Vice-Chancellor, Kerala Higher Education Council. He was speaking at a panel discussion session titled Opening up Higher Education Sector in Kerala: A Way Forward organised by the Centre for Public Policy Research (CPPR), a Kochi-based think tank and the Centre for Economy, Development, and Law (CED&L). “People approach the issue of opening up of the education sector with preconceived notions and are unwilling to open up for a debate. What we need is a liberal education,” he adds. “The topic has opened a Pandora’s box in Kerala,” observed CPPR’s Academic Director Professor KC Abraham, who set the tone of the discussion by presenting the pros and cons of opening up the sector to forces such as privatisation and to foreign director investment.

“We are in a century where we need to rethink our education system: the way we teach, the way we learn, the way we examine,” adds Sreenivasan. Disagreeing with Sreenivasan’s point about private universities, Dr Rajan Varghese, former pro VC, Mahatma Gandhi University says: “Private universities are after money. Opening up will only benefit entrepreneurs (who are after profit),” he adds.
Speaking on autonomy of institutions, Fr Dr Prasanth P, Principal, Sacred Heart College believes the autonomous status is only limited to the freedom to conduct exams, there is no financial autonomy. “Institutions are constantly harassed in the name of granting autonomy,” he adds. He agrees with Sreenivasan that private universities should be allowed in Kerala but believes this shouldn’t be the case with foreign universities.