India is the only country in the Asian region capable of standing against China: MK Narayanan

CPPR is partnering Kochi Muziris Biennale (KMB) Foundation for the first Urban Space Dialogue in Kochi, Kerala. The Kochi Muziris Biennale is a platform for contemporary art held in Fort Kochi and nearby locations which has attained international attention through its artistic creations and renditions. CPPR is proud to join the creative space of Kochi and KMB’s efforts in the Urban Space.

The Urban Space Dialogue will feature artists and experts in urban spaces who will deliberate, discuss and generate ideas on the relevance of Urban Space. CPPR believes in generating interest among the public for supporting the cause of an Urban Space in the city of Kochi which is lacking public spaces. The Biennale has been relatively successful in attracting art aficionados and even generated interest among the layman through its creative arts, works, films and talks. KMB gets support from BMW in its Urban initiatives.

The Programme will feature the following people: 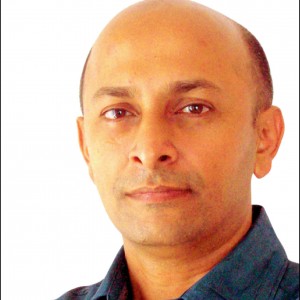 The Programme will feature Nuru Karim, Riyas Komu and Raj Cherubal who will present on various approaches and interventions in Urban Spaces followed by a Discussion/Dialogue with other panelists which include Jitish Kallat, Bose Krishnamachary and Dr Dhanuraj. The event is scheduled on 21st March from 4pm-6pm at Aspinwall House, Fort Kochi; one of the primary venues of the Kochi Biennale.

Urban spaces is a necessity of the urban society; an imperative for urban growth and urbanisation. City governments often ignore the need for creating urban spaces which shall co-exist with the urban life. Times Square in New York, Trafalgar Square in London, Plaza Hidalgo in Mexico are some of the significant examples of urban spaces where the focus is on the people intertwined with its landscape and aesthetic design. These spaces are imploded with the creative contributions of the people and reflect the ethos of the society, contextual and regional to a city. The Urban spaces are often a mix of art and substance, creativity and space, reality and environment. They transform the citizenry and lead the liveability process. As a talent space, creative stage and ideation platform; urban spaces shall be an integral part of the society’s evolution and create the right synergies for entrepreneurship, entertainment and ecosystem. It shall be a judicial mix of art with society and its aspirations.

Kochi has been devoid of an ideal urban space which has enlivened its citizens. Biennale has stirred up the creative space of the people. It however needs to be a continuous flow and engagement which shall streamline the thought process and built the intellect. CPPR has been working in Urban Space for the past many years. We believe that Kochi Muziris Biennale has set the tone for creating the Urban space of Kochi bringing the aspirations and creative brains of the city and the state. Given the historical importance of the location and its local flavour; Kochi has immense potential to develop its own urban space co-owned and co-shared by its population.  Through the Urban Space Dialogue, an attempt is made to visualise the Urban Space required for the city of Kochi. The existential space created by Biennale and its contribution shall be a study point which could generate thoughts for action on which city planners, administrators and thought leaders can pitch in. The Urban Dialogues shall be a continuous process of generating thoughts for ‘breaking myths and wrong notions’ in urban planning, design and urban life. These shall lead to the initiatives, projects and activities which shall create and develop urban spaces and urban life in the city, including recreating and reclaiming unused public spaces in Kochi.