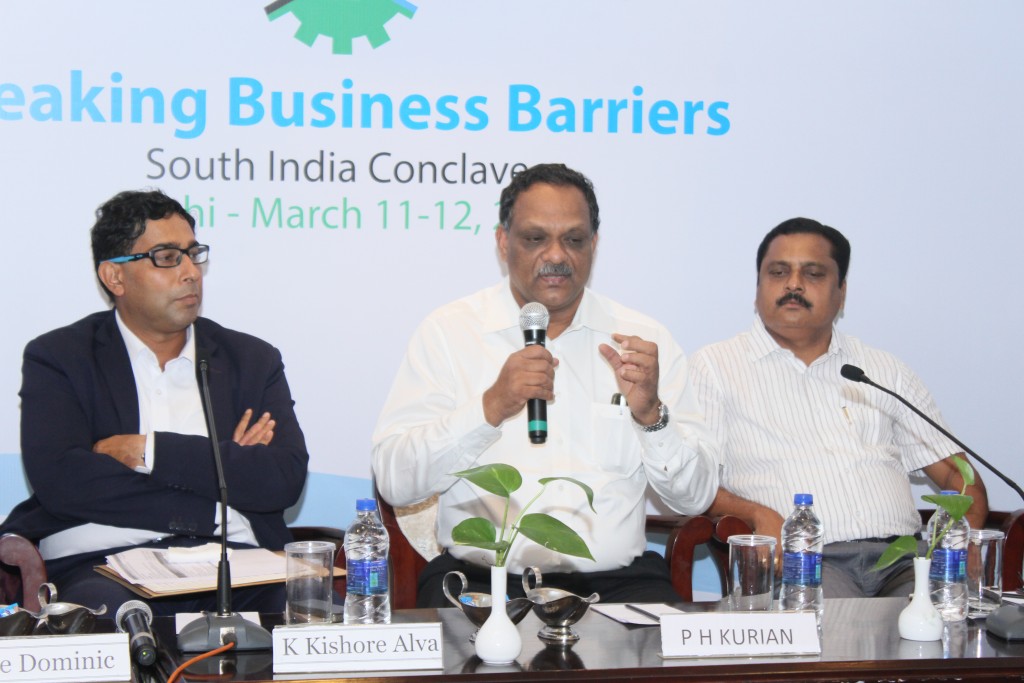 KOCHI:  The rules pertaining to environmental clearance for facilitating industrial projects have been made in such a way that nobody understands them, and no effort has been made to simplify them, said Kerala Industries Principal Secretary P H Kurian.

Speaking at the ‘Breaking Business Barriers: South India Conclave’ organised by the Centre for Public Policy Research (CPPR) in association with the British High Commission and the Kerala State Industrial Development Corporation (KSIDC) here on Saturday, Kurian said that stringent laws and rules would discourage investors.

According to him, there is a fair amount of ambiguity in all the rules and regulations.  Speaking on the plethora of rules and regulations that hinder ‘ease of doing business’ in Kerala, CGH Earth managing director Jose Dominic said as many as four of his projects in Kerala were disrupted due to issues related to plantation and wetland rules.

Speaking on the occasion, Madras Chamber of Commerce and Industry secretary general K Saraswathi said ‘regulatory terrorism’ was the primary hassle that prevents businesses from flourishing in India.

“In India, it is easy to start businesses. But, it is difficult to sustain them, and impossible to stop. Instead of the targeted ‘ease of doing business,’ ‘grease of doing business’ is happening in India. Many of the industrial laws in the country are obsolete and have to be abolished,” she added.