Applications are Invited for Internship Opportunity at CPPR 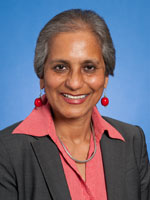 She is a specialist on Indian foreign policy, Asian regional security, and comparative foreign policy outlooks of rising powers. Her most recent book isWorldviews of Aspiring Powers: Domestic Foreign Policy Debates in China, India, Iran, Japan and Russia (Oxford University Press, 2012). Another volume, Nuclear Debates in Asia is forthcoming from Rowman & Littlefield in 2016.  She is completing a new book on Energy Security Worldviews in Asia.. She has published extensively in journals such as Foreign Affairs, Asian Survey, The National Interest, Maritime Affairs and Political Science Quarterly.

Dr. Ollapally has served on the Board of Directors of Women in International Security, Washington D.C., and is an Advisory Council Member for Women in Security, Conflict Management and Peace, Delhi.

She is a frequent commentator in the media, including appearances on CNN, BBC, CBS, PBS and Reuters TV. She holds a Ph.D. in Political Science from Columbia University.