What does Trump’s Victory mean for India? 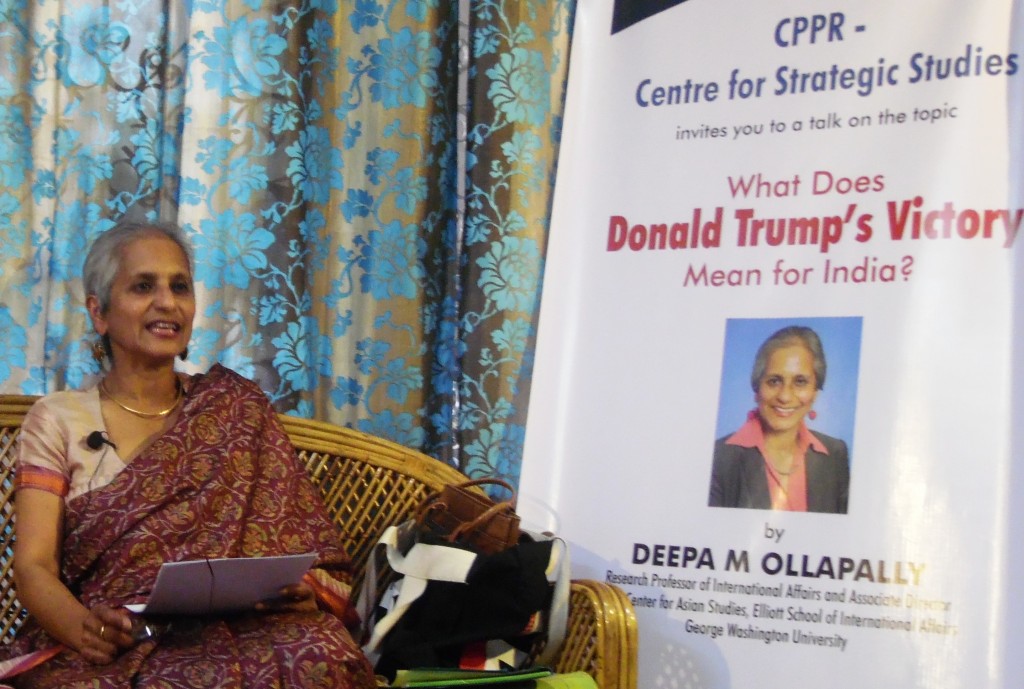 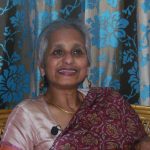 Trump’s impromptu statements and unpredictable nature make it difficult to comprehend his world view.He was a Democrat in the beginning of his political career.Later, he turned into an Independent and now,he is a Republican. As President-elect, he is setting the terms of discourse on how he wants things or what kind of message he wants to convey.World leaders are reacting and adjusting to him rather than the other way around (though it is too soon to predict the rationale behind calls to Taiwan and Pakistan).

Being an opportunist, Trumpwill adopt a tactical approach rather than a long-term approach. Hiswillingness to speak his mind than be deliberate and scripted like his adversary Hillary Clinton and renounce the neo-liberal agenda for racistand nationalist sentiments shows how smartly he engineered his victory.To look at it positively, he is quite adaptable to situations,as he is not committed to a dogma or ideology.

There is a lot of uncertainty about what his policies are going to be due to his impulsivenature. He may run his administrationlikea corporate, largely with a top-down approach. Focus will be more on tactic than strategy. He is formaking deals rather than having a deliberative approach or trying to figure out multiple points.

In comparison with the outgoing President Barack Obama, who is a man of thought, Trump is more action andless thought. Trump criticises Obama’s stratagem of leading from behind without having a huge American footprint as a contributing factor tothedecline of US leadership. Chances for Trump to make a big mistake or set up a huge crisis for America cannot be ignored either. His initial stride in foreign diplomacy,ofirkingChina, is not a positive development. Ifit backfires, he will not get the backing of the ‘establishment’.

Nation building abroad will no longer be a priority for the US, as synergies will be directed towards American priorities.

Considering the fact that India has often been on the other side of the table on US interventions abroad, this strategy would work to India’s benefit. The stand against anti-terrorism and ISIS can help offset Indian efforts against terrorism. But this does not warrant a hardline approach towards Pakistan as India expects. The US would want to keep Pakistan on good terms for its geo-political interests, inspite of its failure to bring in stability in the Af-Pak region.

The vibes that Defence Secretary General James N Mattis and National Security Adviser Michael Flynn share with Pakistan will make it hard to speculate the new administration’s dynamics with Pakistan. If the former is accommodative of Pakistan, the latter prefers a hardline stance with allies if US interests are at stake.Trump’s focus is expected to be on the Middle East and not on South Asian terrorism.

Calls for protectionism will run counter to the Republican Party’s long established ideals –belief in free market. Courting the protectionist agenda will be costly for Trump. His call to tax companies (35 per cent) that take jobs outside the country and move out of the US for their operations is not a practical plan of action, as it runs counter to WTO rules and cannot be implemented beyond 150 days.

Post the development of designating India as its defence partner without being formal alliance partner with the US, it maybe difficult for India to negotiate the terms and conditions as it calls for enhanced Indo-US relations in the defence sector.As of now, one needs to wait to understand how the new administration will view upgrading military ties with India.

India will have to be wary of Trump’s protectionist outlook. ‘Make in America’is going to clash with ‘Make in India’.Indian services sector, especially the IT industry,exports to the US may hit a rough patch. Yet, the entry of skilled labours, wherever the US needs it, would be welcomed and Trump is expected to be flexible considering mutual benefits.

Amidst the unease towards major trade deals such as Trans-Pacific Partnership (TPP), Trump will be promoting bilateral treaties.Both India and China will benefit unless Trump takes a hard protectionist stance, which is highly unlikely.With Trump, there will be greater room for Indian autonomy.

The focus on stabilising Afghanistan upon the acknowledgement of Pakistan failing to bring peace in the region will benefit India, as it can play the role of a stabiliser and further its interests in Central Asian and South Asian regions.

Trump is in favour of strong leaders. In that case, it may be possible for Narendra Modi to influence Trump, who seem adaptable to situations of mutual benefit.However, a clash of interests may turn out bad for both the nations.

With Trump intending to pursue a reset of US–Russian ties,the reversal of ties can help Trump succeed in a critical power manipulation.Nevertheless, the dynamics of contention between Mattis, who is anti-Putin, and Rex Tillerson (Secretary of State), who is pro-Russian, can be expected in the process. If Trump can help stabilise Syria with Russian help, he will be successful in selling to all how good relations with Russia is a wiser strategy.He could use this to reverse the anti-Russia sentiments in the US Congress too. Even the European partners will welcome the reset in Russian relations.

The US and its allies have been trying to isolate Russia politically and economically in the wake of the Ukraine crisis and the annexation of Crimea. India, being a long-standing ally of Russia, has found it hard to keep up the momentum in the relation. The Indian stance to take Russia for granted resulted in the growing proximity between Russia and China and Russian tilt towards Pakistan. A reset of relations between US and Russia would mean that India would not have to choose between the two. Therefore, it will be a benefitting move for India. Added to this, a US–Russia reset would help further ties with Iran, as the latter is a Russian ally in the Middle East.

Trump’s call for slapping 45 per cent tariff on Chinese goods is not a feasible option. As a businessperson, Trump would try to get a better deal for the US. A consensus is bound to be arrived at, as the least thing that China would want is a trade war with the US.

With his reversal of position vis-à-vis the allies in the Asia Pacific region, post his electoral victory, Trump may consider the interests of the US allies and will continue the pivot to Asia, albeit, under a different name.

India has to consolidate its development agenda and rise as an economic powerhouse, while maintaining a balance of power in Asia. Rather than being China-centric, the spotlight need to be on Indian imperatives. Indian approach towards the US can be attuned to that of a transactional mode. This is precisely how Trump is expected to act and what will be the preferred mode by the Indians.

India will be perceived as a strategic partner under the new administration, but not with immediate priority. The Indian approach should be that of maintaining a strategic independence in areas where it has a strategic premium – Indian Ocean Region, South Asia –to play against adversaries. India need not rely on the US for its interests rather it can streamline its strategies towards avenues of mutual convergence.

The India caucus in the US can make a difference, depending on the money it can invest. Presently,it makes up one per cent in the US Congress with five representations – Senator Kamala Harris and members of the House of Representatives Ami Bera, Ro Khanna, Pramila Jaypal and Raja Krishnamoorthi.

Future of AmericanPolitics and Democrats

It is a time for self-reflection for the Democratic Party. Democrats have to revisit their strategies. The decision to field Tim Kaine, a conservative, for the Vice Presidential ticket was a reflection of the party’s failure to comprehend the ground realities, even after Bernie Sander’s solid inroads during the presidential campaign.

The blame game is on Hillary Clinton for the massive electoral defeat on the ground that it was her election to lose. Now,the party is at a loss to find a new leader, who can reverse its fortune. If Trump’s protectionist positions affect the US economy and its fortunes, then, in the long run, the Democrats may find their lost ground.

Except for Russia, most nations failed to foresee the victory of Donald Trump. With his business acumen, Trump would be willing to be tactical at home and abroad.The world can only wait to see how his policies take shape.