From Under-Developed Areas to World Class Economies, the Ascension

Talk on ‘Freedom of Expression in the Internet Era’

A Metro rail is being mooted as the solution to congestion on the roads as well as pollution in Kochi. However there are doubts arising as to the utility of a metro- especially in Kochi, to be able to solve traffic issues, ridership and congestion during construction phase being the most important concerns. In this article, these issues have been analysed and suggestions made which might enable this project to meet its objectives.

A metro since it covers only central routes in the city, very few commuters are expected to be able to travel their entire journey on the metro. This would mean they may need alternative feeder systems. However the average distance travelled by a commuter in Kochi each day is only approximately 7 km 1.  If only part of such journeys can be covered on the overhead metro, it may prove comparatively more tedious to passengers vis-a-vis travelling the entire distance in a direct bus.
The competition which may arise between the 700 odd private buses in Kochi and the Metro might also prove detrimental to the interests of these bus operators who have been serving Kochi for long, especially since the route covered by the metro is the principal route covered by the buses as well. instead, buses need operate from and connect different metro stations thus connecting those areas in the city and suburbs which are not connected by Metro. An entire overhaul of the existing transportation structure in the city may need to be called forth in order to ensure that all other systems prove as complementary feeder systems to the metro rather than become its competitors. Further, cross roads joining the main roads in Kochi are generally narrow which are not capable of hosting increased number of private transport. Extensive provisions may have to be made for parking facilities at metro stations or better yet, the people should be encouraged or even incentivised to use more healthy and eco-friendly travelling such as non-motorised means of transport like cycling and walking. The necessary infrastructure for such an eco system shall be built in along with the Metro construction. 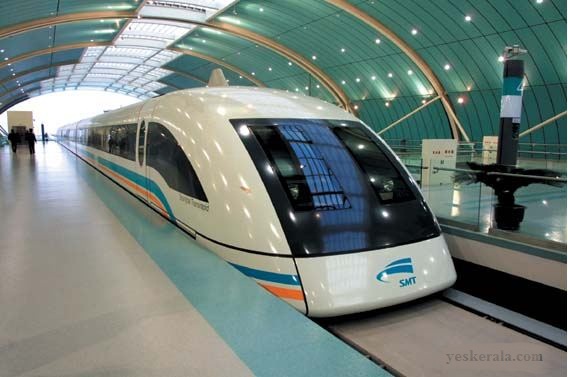 The metro is ideally expected to help commuters save time but there may be concerns as to whether this might happen since the less frequency of trains in initial phases, along with the time spent in making use of feeder systems may result in more time being taken as compared to using the already existing modes. Awareness about the timings and increased frequency during peak hours may help alleviate the situation.
Continue the article on MindTEXT >> http://www.mindtext.org/view/140/The_Kochi_Metro-The_Commuter’s_Perspective/