“It is not your fault consumers!”- Understanding Kerala state’s historical mismanagement of the liquor market.

The liquor policy of the government of Kerala announced last week, takes into account the dramatic rise in consumption in the state. However, it smacks trouble for the years to come. Although much time has passed by for contemplating on the new Abkari policy it still appears that the state government has made a hasty decision to implement complete prohibition in Kerala over the next decade. As a prelude, bars will shut shop and the retail outlets owned by the government will be reduced in numbers. The decision is not without consideration of certain facts which researchers in the field have often pointed out. A major concern is the possible rise of illicit liquor production as well as smuggling of liquor from outside the state. According to recent media reports the state government is stepping up its vigil to address this concern by strengthening monitoring through its excise department. All appears fine until this point; but certain questions remain which will pose challenges to the state government in the near-term. Since the present policy has been mostly one-sided with the state government saying and citizens consenting, it is particularly important to understand the State in relation to managing the liquor industry.Two questions are worth examining in this context. 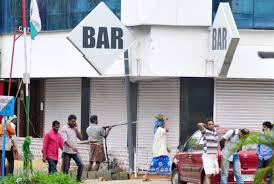 What has been the role of the state?

Historically consumption of intoxicants have been seen as a ‘bad’ in India. Article 47 of the Indian constitution gives formal authority for the State to take its stand on intoxicants. When a commodity is defined[1] as a ‘bad’ it also creates enough space for bargaining on ‘how to deal with such commodities’. This is a possible source for rent-seeking too. In other words, ‘bad’ commodities generate conditions where power plays an important role. Religion and politics have capitalized on these ‘bads’ from time immemorial to accumulate power and establish their cause. For the state, a ‘bad’ also offers a reason for the state should exist. The reason is that it should exist to protect its citizens from any and all influences of this‘bad’.The politically most efficient manner of dealing with such commodities then was to introduce piece meal policies which could influence and reduce its harm at various stages. Several such interventions were made by the state in the liquor industry since independence. The current policy of taking a decade to implement prohibition seems to follows this same strategy.Alongside such considerations, as Foucault has pointed out, places of saturation of such ‘bads’ were created where they were allowed to proliferate, while being monitored immeasurably by the state. The dingy bars serving liquor has often manifested as these places of saturation. At its heights it became a visible feature of such joints where one could see the drunk lying outside it on the pavements. Let’s stop here and consider the following effects of the strategies.

The success of defining a commodity as a bad: For Kerala, several decades of discourse on liquor has developed certain observations on the pattern of consumption as well as impacts of consumption on the society. This discourse has generally favoured the state’s current decision. A parallel discourse on how one can make the liquor market efficient has not successfully made an impact. A definite counter strategy would have looked at the possibilities and degrees to which liquor is a ‘bad’. These can provide a space for negotiation with the state policy.

The places of saturation: For a ‘bad’, the state handled liquor as loosely as it has handled other bad’s. There was no attempt to redefine the status of this commodity. It was left to rot in dingy and notorious bars, shady corners of the streets where you had retail outlets as well as by leaving an entire apparatus of monitoring and control from being transparent and efficient. In the course of time these places were themselves used as points of negotiating with the consumers. Now dark and dingy wayside bars are considered as sources of crime and ill health in the state.

The state has successfully used these two cards (production of a negative discourse on liquor and creating shady places of saturation) to roll out its latest strategy on liquor. The immediate effect of highlighting the pathetic condition of liquor industry in Kerala is to make its citizens feel bad about the condition in which their only mistake was that they were consumers.

For a state like Kerala which has strong undercurrents of class and caste tensions, the present government considers this policy to successfully impact elections to the legislative assembly coming up next year. However, we have to ask our State certain questions before addressing the efficiency of these policy. For liquor is a sector which reflects the state’s failure in handling activities which was never meant for it. Kerala government could have focussed its attention on a large number of other issues rather than wasting time to be a seller of liquor (no derogation intended on the sector).Such activities (buying and selling of commodities which have a market value) are better played out in the market by private players. States are good, given the extent of resources it possess, to monitor and appoint independent regulators for the efficient functioning of these sector. There can be well drafted rules and regulations which could ensure competition in the market for liquor.

The present state of liquor market in Kerala should be seen more as a failure of the federal State to assume the role of a seller in the market than anything else. Now the burden of this failure is being put on the shoulders of the consumers. The consumers and their dependent are made to feel bad for the federal state’ mismanagement of the sector. How less right could such a policy be for the ruling Right?

What should be the state’s role?

The state has time to rethink against the policy and change the face of liquor industry in Kerala. Our memory of this sector has been associated with ‘bad’ because of the largely inefficient manner in which the state followed its strategies to saturate the sector in infamous bars and create a one sided discourse over time. The political use of the market is bound to fail in the near-term and raise the social and economic costs of the state. Hence, it is not the fault of the people who have been pin-pointed in all the media reports as well as research documents for the notoriety that the liquor industry in Kerala has earned. It is rather a state failure so glaring but not easily recognizable.

The federal state of Kerala could reconsider its policy. The first step in this regard would be roll back from its current state as a seller of liquor. Hand over this task to people who are serious about this business and who can carry it out in the most professional manner. If tax revenues are a concern, the State could liberalize the sector and allow foreign players to enter the industry. A major benefit in this regards would be that the competition would improve quality standards and make the worst performers pack their bags. The time of shady bars would then be past. The state government can ensure that they monitor and improve the chemical testing laboratories in the state and prescribe standards in quality of the product to be supplied here. Liquor and intoxicants have lasted alongside mankind. It will continue to last in different forms. The best way to deal with it, given our current institutional environment, is to facilitate their stay by ensuring standard practices. Banning might just not be a suitable option.

[1] This is a very tricky issue. Who should define what is good and bad?