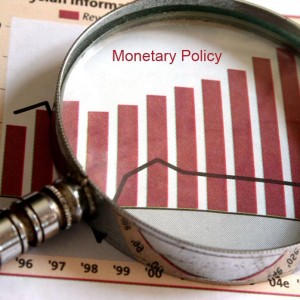 “Very cautious approach but not in line with market expectations.” Dr Martin Patrick, Chief Economist, CPPR describes in these lines the first bi-monthly monetary policy for this year announced on 7, April 2015 in Mumbai. Dr Patrick expresses and explain his thoughts on the monetary policy and mentions that RBI missed an opportunity for an ’emotional elevator’ had it reduced the Repo rate

GDP growth was estimated at 7.5 per cent in 2014-15 and projected to grow at 7.8 per cent for 2015-16. Inflation has been arrested from a higher level to a moderate average level. Consumer price index based inflation was around 5.4 per cent in the first quarter 2015-16 but firming up to reach 5.8 per cent by the year. All these indicators pointed to an ideal moment for further rate cuts. However as against widespread expectations the RBI governor chose to adopt a wait and watch policy.

Normally, the conventional measures of monetary policy followed by RBI are Repo Rate and Cash Reserve Ratio (CRR). Repo rate, Reverse Repo Rate and CRR remain unchanged at 7.5, 6.5 and 4 per cents respectively. It must be remembered that the RBI made two rate cuts of 25 basis points each within three months so that Repo rate (the rate at which central bank lend short term funds to commercial banks) was  reduced from 8 per cent to 7.5 per cent. Unfortunately banks have not transmitted this reduction to their borrowers. Now RBI Governor nudged the banks to transmit the reduction to the society before making further rate cuts. The immediate impact is that three major banks—SBI, HDFC, and ICICI have slashed the lending and deposit rates. While the first two banks reduced from 10 to 9.85 per cent, the last one cut it from 10 to 9.75 per cent. This focus rectifying the transmission lags is a welcome measure in the monetary policy.

It is of interest to note that most banks have reduced their deposit rates by 25—50 basis points across tenures over the last six months, none of which have lowered their lending rates.But why do commercial banks hesitate to transmit the rate cut benefit made by RBI to borrowers? Their argument is that it is not the Repo Rate that determines the base rate change. It depends on the cost of funds, deposit mix, liquidity situation and credit off-take. Moreover, they argue that banks source only a minuscule portion of their funds from Repo window and rely significantly on long term deposits. These arguments were addressed by the RBI relying on non-conventional measures.

Monetary policy made it clear that banks are encouraged to peg their base rate to the marginal cost of funds rather than average cost of funds so that the lending rate would be more sensitive to policy rate changes. Banks are still raising some concerns. When marginal cost of deposits goes up, it is detrimental to the borrowers and when it comes down it is detrimental to the depositors. This is actually due to two facts as expressed by RBI Governor; first is the transmission path and the second, cultural differences.

The other important non-conventional measures adopted by the RBI are:

The first measure is a welcome move and will have long term implications. The second one is the realization of the fact that there is disconnect between bank deposit rates and market rates. Establishing an independent benchmark administrator intend to publish various indices of market rates, the RBI seeks to narrow the disconnect between deposit rates and market rates. The issue of rupee bonds will definitely help to facilitate internationalization of the domestic currency. Today the household or financial saving and government saving rates are high but saving of the private sector companies has come down. It means that there is a lack of liquidity in the private sector. This will be rectified by allowing them to get into the bond market. Moreover, the banks are insisted by RBI to borrow with bonds rather from the banks. Finally, the setting up of ATMs and issue of credit cards by cooperatives is a right step in the right direction.

Finally there is a link between monetary policy and fiscal policy which is announced through the budget. The bi-monthly review and the policy help to finance more projects through infra debt funds. The RBI has now allowed banks to lend for very long term projects, with an option to refinance it periodically.

No doubt, even 25 basis point reduction in the Repo Rate would have been an emotion elevator and in that respect RBI missed the bus. At the same time making use of non-conventional measures intelligently is a wise strategy which will help tackling the liquid issues that Indian economy faces today.

*  The author is the Chief Economist of CPPR. His views are personal and does not reflect or anyways represent the views of Centre for Public Policy Research 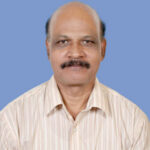 Dr Martin Patrick is Chief Economist at CPPR. He holds a PhD in Applied Economics from the Cochin University of Science and Technology (CUSAT), Kochi and also had a post-doctoral training at Tilburg University, Netherlands. Presently, he is a Visiting Fellow at Indian Maritime Institute, and Xavier Institute of Management and Entrepreneurship, Ernakulam.

Dr Martin Patrick is Chief Economist at CPPR. He holds a PhD in Applied Economics from the Cochin University of Science and Technology (CUSAT), Kochi and also had a post-doctoral training at Tilburg University, Netherlands. Presently, he is a Visiting Fellow at Indian Maritime Institute, and Xavier Institute of Management and Entrepreneurship, Ernakulam.
Dr. Martin Patrick