China–ASEAN Maritime Drills: How did it come to this?

What Happened to Attappadi? 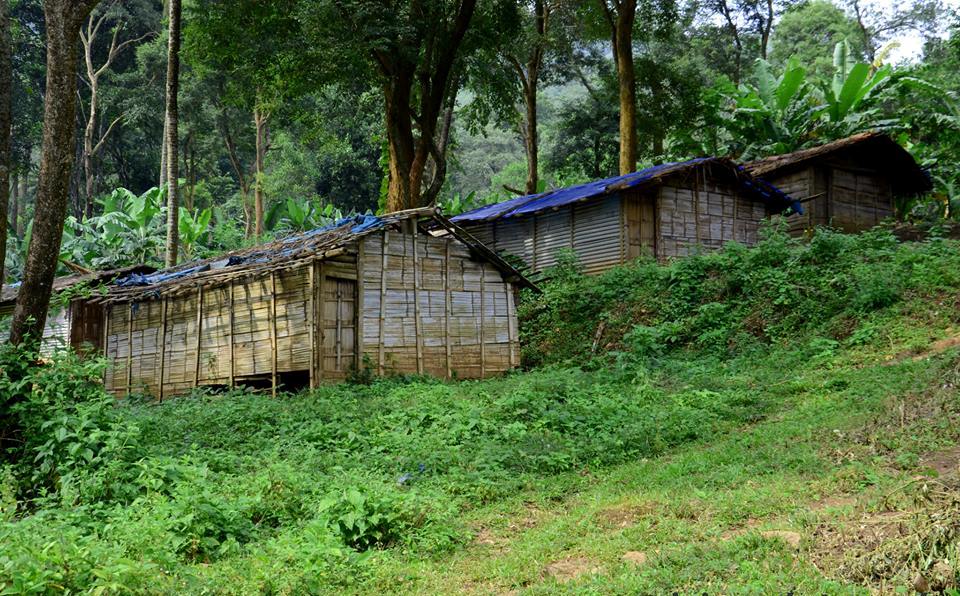 The gruesome lynching of Madhu, a 27-year-old Adivasi youth of Chindakki in the Attappadi area of Palakkad district once again demonstrated how political parties and successive governments have neglected this area for decades. In fact, Attappadi had garnered national attention following the high Infant Mortality Rates (IMR) since 2010. A study undertaken by the Kerala Institute of Local Administration (KILA) in 2012 revealed that there were 81 such cases (0–3 years) during the period 2010–2012 and 63 during 2012–13. In the wake of a large number of deaths of infants, the government had announced a special package of Rs 400 crore for tribal welfare in Attappadi. But the irony is that the funds were not properly used, and the deaths of the newborns continued in the Adivasi areas with 30 deaths in 2014, 14 in 2015, 9 in 2016 and 10 in 2017 (till July).

The seriousness of the issue was well reflected in the words of Prime Minister Narendra Modi during his hurricane election tour in Kerala in May 2016, when he equated the poverty and malnutrition deaths among Adivasis and tribals in Kerala to that of south Saharan countries like Somalia. IMR was 85 in Somalia during 2015, whereas IMR in the Attapaddi region, as per a study by the National Institute of Nutrition in 2013, was 66 compared to 12 in the rest of Kerala.

What went wrong in Attappadi?

Do the tragedies in Attappadi reflect the flaws in the much-trumpeted ‘Kerala model of development’ hailed by a number of leading economists and luminaries like Nobel laureate Dr Amartya Sen? A case study of Attappadi throws light on such intricate issues connected with development and the attitude of governments and the civil society to the underprivileged and marginalised sections.

The 745-sq-km Attappadi area with an Adivasi population of around 10,000 was the first tribal block in Kerala. In the immediate post-Independence period, more than 90 per cent of the area constituted deep reserve forests. After around 15 years, the forest cover came down to 82 per cent, followed by a steady depletion of forest area, which is now around 20 per cent. In fact, the enactment of The Kerala Private Forests (Vesting and Assignment) Act, 1967, restricting the landholding to a maximum of 15 acres per landlord led to the widespread sale of private forestland at throwaway prices by half a dozen landlords, who owned the lion’s share of land in Attappadi. The new owners mainly comprise of contractors, timber merchants and sawmill owners virtually finished the forests through the extensive felling of trees. While the governments failed to check the menace, majority of the political leaders were in collusion with such groups. Thus, the process of deforestation continued unabated till 1980, when the Silent Valley controversy caught the attention of environmentalists and nature lovers even at the international level.

The destruction of forests not only created serious environmental and ecological impacts such as shrinking water sources, climatic change etc, but also adversely affected the life of Adivasis. They had to abandon the cultivation of traditional crops like ragi, corn, millets and pulses. Goat and cattle farming became extinct, and collection of minor forest produces such as honey and medicinal herbs became impossible. Unemployment and poverty became the facets of the Adivasi population. The changed demography of the area adversely affected the life and sustenance of the majority of Adivasis, with the settlers pushing them out of their land and traditional livelihood. The percentage of Adivasi population in the area came down from 91 per cent to 41 per cent during the last 50 years. In the same period, the non-Adivasi population increased from 9 per cent to 59 per cent in the region.

A survey report shows that the settlers, who migrated from Central Kerala, Tamil Nadu and Karnataka, encroached upon 10,472 acres of Adivasi land in the Attappadi block. The worst sufferers were the Irula tribe that lost 8,996.14 acres, followed by the Mudugas (1,083.17 acres) and the Kurumbas (26 acres). Ironically, the influential political leaders of the area encouraged the large-scale influx of non-tribals and managed to grab large tracts of forest or Adivasi land. Naturally, they became the strong supporters of the settlers’ lobby. Moreover, a number of political leaders, especially those espousing the case of settlers, managed to procure large landholdings at throwaway prices and converted them into plantations using the workforce of Adivasis, denying them minimum wages.

Thus, despite a series of agitations and campaigns by various Adivasi organisations over the last three decades, the state has been unable to tackle the basic issue of the restoration of the Adivasi land and its distribution among the landless Adivasis. No doubt, the restoration of the alienated land is a complex issue, but the main hurdle in working out a solution in protecting the interests of the Adivasis is the lack of sincerity and commitment on the part of mainstream political parties. While a couple of regional parties openly bat for the cause of the settlers, other major parties and their leaders have sympathies with the settlers and not the Adivasis. In 1999, the state government identified land in the remote areas of the Sholayar panchayat for distribution among landless Adivasis. However, a large majority of Adivasis, despite accepting the title deeds of the land, did not move to the barren land bereft of basic amenities or infrastructure. Above all, out of the 2523 land dispute cases registered in Attapadi area, only 13 cases totalling 44.77 acres have been settled so far.

The story of the development of the Adivasi areas was equally horrendous. The political masters and bureaucrats were the key players. It was almost after two decades of independence that new projects and schemes meant for the development of the area were envisaged. The state government had declared Attappadi as the first tribal block in Kerala in 1975 with the aim of ensuring the all-round development of the Adivasis. Following the announcement, the central and state governments pumped substantial funds for the construction of roads, houses, bridges and other basic infrastructures. But an illegal nexus of contractors, political intermediaries and bureaucrats virtually torpedoed the major projects and schemes, and siphoned off the lion’s share of such funds. By the late 1980s, a series of stories of corruption and scam on the utilisation of funds had surfaced, which virtually turned Attappadi into a fertile land for organised corruption. Besides the various schemes launched by the central and state governments, a number of funding agencies and NGOs had stepped in with various projects in the areas of afforestation, water conservation, education, health and literacy among Adivasis. Their organised activities, in many cases, alien to the indigenous culture and customs had virtually derailed the traditional lifestyle of sections of the local population.

Ironically, some of the policy decisions of the governments – though claimed to be with good intentions – boomeranged against the overall interests of the indigenous people. One such decision was the total prohibition imposed in the area with effect from April 1995. All arrack and toddy shops were closed down and the toddy tapped from the Attappadi area was sent outside in bulk. The worst victims of the decision were the Adivasis. The large majority of the Adivasis, who traditionally used liquor during extreme winter and for their rituals and customary practices, started brewing illicit liquor in their hamlets. Soon several Adivasi hamlets in the interior areas had turned into dens manufacturing and selling country liquor. The organised liquor mafia operating from outside the area used them for their illicit liquor business. With their connivance, ganja cultivation also started in the interior forest areas. Such activities led to a slew of operations by enforcement agencies with frequent raids and harassment of Adivasis. While Adivasis became the victims of such operations, the illicit liquor mafia and enforcement agencies flourished with the backing of the local political leaders.

Another decision was the ban on cattle rearing in Attappadi on the grounds that the extensive use of hilly terrain for such purposes had adversely affected the fragile ecology and flora–fauna of the area. This decision was part of one of the most ambitious developmental programmes namely the Attappadi Wasteland Comprehensive Environmental Conservation Project launched in 1995 with a financial assistance of 2.19 billion USD from the Japan Bank for International Co-operation under the aegis of the Attappadi Hill Area Development Society (AHADS). No doubt, the above project had undertaken a number of schemes such as eco-restoration through the planting of trees, construction of bunds, rainwater harvesting etc, skill development and income generating programmes for Adivasis, and restructuring of Adivasi hamlets with better houses, community centres etc. However, by discouraging traditional vocations such as cattle–goat farming and agriculture among Adivasis and settlers in the name of eco-restoration and by creating lakhs of man-days for these sections, the above project had ultimately alienated large chunks of Adivasi population from their traditional sources of livelihood. More than that, some of the programmes or schemes initiated under the project were dropped halfway or had become unviable in the changing socio-economic scenario. Its adverse impact continues to affect a sizeable section of Adivasis and its latest manifestation was the series of infant deaths in the Attappadi area. The paradox is that even the additional funds sanctioned by the central and state governments to meet such tragedies on war footing were not properly used. In such a scenario, more and more newborns may perish, more and more Madhus will become victims of mob-mania, and the powerful settlers lobby with the direct or indirect backing of the state superstructures will remain ever powerful.

(Based on the excerpts from a forthcoming book, ‘Kerala: Indigenous Population, Insurgency and Politics’ by the author)

*K V Thomas is Senior Fellow, CPPR and former Assistant Director, Intelligence Bureau. Views expressed by the author is personal and does not represent that of CPPR

K V Thomas is Senior Fellow at CPPR. He has over 36 years of distinguished service in the Intelligence Bureau (Ministry of Home Affairs) of India where he rose to become the Associate Director. He can be contacted at [email protected]
K V Thomas