Kochi’s realty sector yet to recover from demonetisation effect; The Times of India, October 30, 2017

Xi Jinping Emerges as the New Mao of China: How he did it and what it means for India?

The 19th National Congress of the Chinese Communist Party (CCP) held in Beijing from October 18 to 24, 2017, and attended by over 2000 delegates has re-elected Xi Jinping for the second term as the party’s General Secretary. Xi, who was elevated to this post during the 18th Party Congress in November 2012, will continue as the General Secretary and the President of the People’s Republic of China until the next Congress in 2022.

As rightly observed by the analysts at Trivium, a Beijing-based research group, the Congress has demonstrated how successfully Xi has consolidated his power by effectively pursuing his agenda. In his maiden address as the party’s newly elected General Secretary in November 2012, he said, “Only by upholding socialism with Chinese characteristics can we bring together and lead the whole party, the whole nation and the people of all ethnic groups in realising a moderately prosperous society by the Centenary of the Chinese Communist Party in 2021, and in turning China into a prosperous, democratic, culturally advanced and harmonious socialist country in the Centenary of the People’s Republic of China in 2049, so as to ensure the people greater happiness and the nation a bright future.”

In this process of nation building during the last five years, Xi could pursue aggressive anti-corruption programme, purging his potential rivals in the party set-up, undertake rejuvenation of the Chinese nation through friendly ties and diplomatic endeavours with other countries, and drive ahead the reform and opening-up process. Naturally, these measures coupled with his image as the most powerful Chinese leader of the last three decades, enabled him to put his stamp on the party organisation and all-important state super structures.

The most significant outcome of the Congress is the inclusion of ‘Xi’s Thought’ in the party’s Constitution, which just like ‘Mao Zedong’s Thought’ and ‘Deng Xiaoping’s Theory’ will guide the party and the nation in the foreseeable future. The core element of ‘Xi’s Thought’ is ‘Socialism with Chinese Characteristics for a New Era’. Xi interprets that the historical contribution made by the party’s three generations of central collective leadership and the Central Committee led to the development of socialism with Chinese characteristics. It started with the collective central leadership under Mao, which provided valuable experience and theoretical basis for the great initiative of building Chinese-model socialism. The second generation of Deng Xiaoping started the building of socialism with Chinese characteristics. The third generation with Jiang Zemin advanced this socialist concept to the 21st century, followed by Hu Jintao, who as General Secretary adhered to and developed socialism with Chinese characteristics from a new historic starting point. Over the last five years, Xi through his writings, speeches, public statements and policy declarations, along with the help of party ideologues and the propaganda school could effectively disseminate his thoughts across large segments of the Chinese society.

In line with Xi’s approach of building People’s Armed Forces that follow the party’s commands under the new circumstances, the Congress has elevated him as the Chairman of the 11-member Central Military Commission (CMC), where majority of the members are his ardent loyalists. In fact, to establish his absolute authority over CMC and the People’s Liberation Army (PLA), Xi started the ‘purging’ much ahead of the Congress. General Guo Boxiong and Xu Caihou (Vice Chairman of CMC) were removed from key positions during the anti-graft campaign. Two other Commanders, namely Fang Fenghui (Head of Joint Staff Department of CMC) and Zhang Yang (Director of Political Work Department) were also sidelined. Besides restructuring the Armed Commands, Xi shifted nine heads out of the 15 departments of CMC in early 2017, ensuring his supreme command over the National Defence Forces in China. Further, a large number of ‘tigers’ as well as ‘flies’ in PLA perished during the much propagated anti-graft operations.

Similar exercise within the party organisation enabled Xi to establish his omnipresence in the party set-up, giving him the image of a new Mao. Bo Xilai, party chief in Chongqing province and the potential rival of Xi, was found guilty of corruption in 2013, and sentenced to life imprisonment after a high-level trial. Zhou Yong Kang, the Head of Internal Security and Law Enforcement, was charged and sentenced in 2015. Sun Zhengeai, another powerful leader, was ousted from the party on indiscipline and graft charges. Thus, Xi could easily settle on loyalists from his power base to fill the new Polit Bureau Standing Committee (PSC), the seven-member all-powerful party body.

Majority of the members of PSC, one way or another, have made major contributions to ‘Xi’s Thought’ on socialism, development and party organisation. Li Zhanshu, the Director of the Central Office of the party and an adviser to Xi, played a crucial role on the foreign policy front, especially as envoy to Russia. Wang Yang, the Vice Premier, is a strong exponent of open market and free trade that helped China to pursue its State capitalist agenda to the full economic advantage of the country. Similarly, Han Zheng, Shanghai’s party chief and a protégé of Xi, was instrumental in the speedy economic development of Shanghai, even opening its doors to foreign capitalists. Wang Huning, an academician who floated the concept of ‘neo-authoritarianism’ (need of a strong leader to lead the nation in the correct socialist path) vigorously pursues the ideological propaganda of Xi/party. Zaho Leji is one of the key architects of the party’s anti-graft policy and handles the sensitive tasks of party discipline and inspection. Li Keqiang, who started his career as a student leader at the Peking University, is an economist by training and a protégé of former President Hu Jintao. He is considered the liberal face of PSC, much acceptable to the Western world. Ironically, there is no woman face in this high-power party body. Sun Chunlan is the only woman in the 25-member PB.

Speculations were rife that 69-year-old Wang Quishan, the head of anti-graft campaign and described by many as the second-most powerful person in China, would be retained in PSC to create a precedent that would facilitate Xi to hold on to power for another five-year-term beyond 2022, after he crosses the age threshold of 68. However, Xi did not venture to break the tradition and adopted a tactical line of ‘wait and watch’ in the power politics. 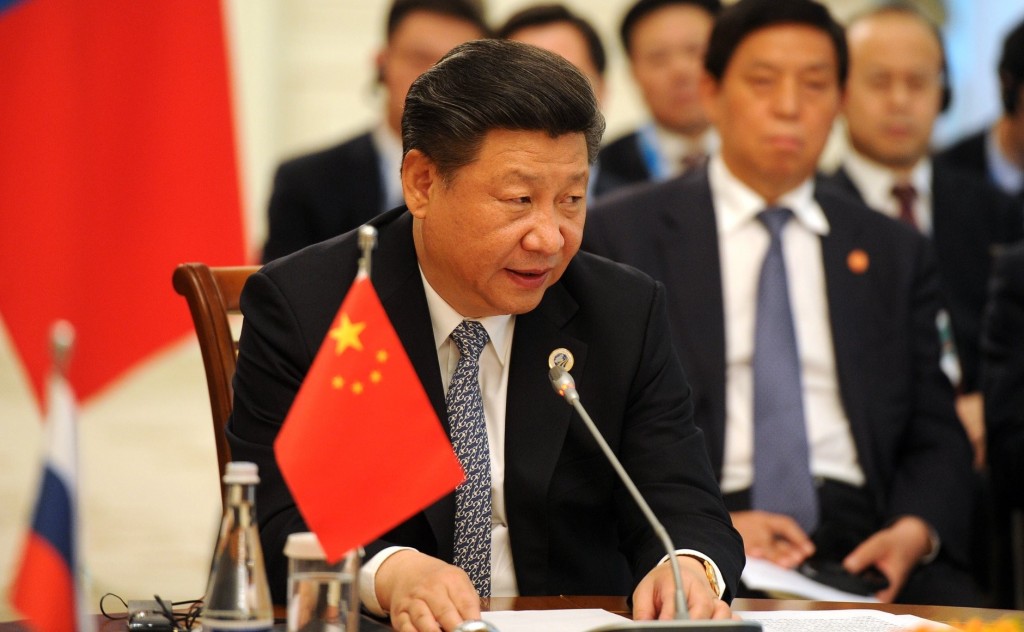 Xi’s consolidation of power and China’s meteoric rise as the second super power are likely to create strong imprints on the geopolitical scenario. His concept of ‘Rejuvenation of China’ and the fulfilment of ‘China Dream’ with a uni-polar Asia under his tutelage are likely to influence the balance of power and power equations across the world, especially in Asia. In that eventuality, New Delhi may face the greatest strategic and political challenge in the light of the ongoing border dispute between the two countries, China’s pro-Pakistan tilt on grave issues like India’s counter-terrorism endeavours and orchestrated campaigns, moves by China to block India’s entry into international agencies, including the Nuclear Suppliers Group (NSG), and, above all, China’s attempts to hobnob India’s friendly neighbours. The Congress has given enough indications on Xi’s approach on the future phase of Indo–China relations after the recent Doklam standoff in the tri-junction of India, China and Bhutan. Though temporary truce was established, Xi apparently depends more on military strength to tackle any major conflict with India. Two key officials – senior diplomat Yang Jiechi, special representative on border talks with Delhi, and General Zhao Zongqi, Western Theatre Commander of PLA who played a decisive role during the Doklam standoff – could find place in the new PB and Central Committee of the party. Moreover, on the economic front, Xi’s policy of vigorously pursuing the competitive market economy to get out of Gross Domestic Product (GDP) obsession and tackling debts and speculative financing may pose serious threats to free trade and commerce to growing economies like India.

India can meet these challenges only by strengthening her defence potential and economy. The country should take the initiative to establish new strategic alliances and work out strategies to overcome the economic slowdown and the declining GDP. Some positive trends have already emerged in this direction. Concerned with the power politics of China, the Trump administration has been exploring the scope of working out more friendly relations with those countries opposed to China’s uni-polar ambitions in Asia. Proposals are in the offing to start joint connectivity projects between the US and India in strategic areas. Countries like Japan, Australia, Vietnam, Brunei, Malaysia, Taiwan and the Philippines are opposed to Chinese designs in the South China Sea. By establishing cordial relations with these countries, India, to a great extent, can checkmate the designs of China to establish supremacy in Asia. However, the big question here is whether India can wake up to the challenges posed by China and shatter her big ‘Dream’.

*K V Thomas is former Assistant Director, Intelligence Bureau. Views expressed in this article are personal and do not reflect those of CPPR.

K V Thomas is Senior Fellow at CPPR. He has over 36 years of distinguished service in the Intelligence Bureau (Ministry of Home Affairs) of India where he rose to become the Associate Director. He can be contacted at [email protected]
K V Thomas