“The time has come to open up khadi sector”: Dr Lekshmi R Nair

Who Takes a Call on Price Stability, the Government or the RBI? 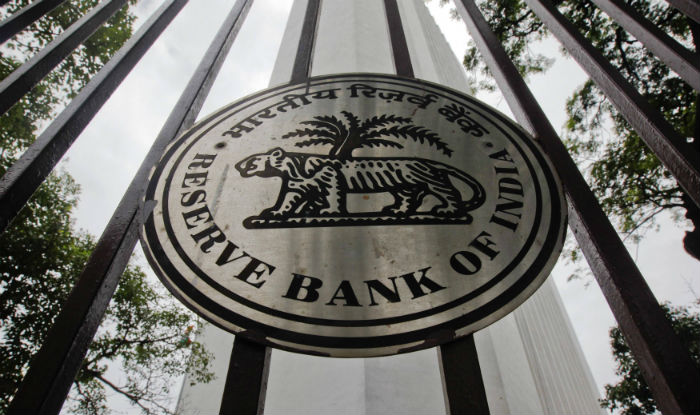 The conjecture surrounding who will succeed Raghuram Rajan ends. Inflation hawk, Urjit Patel took over as the 24th Governor of the Reserve Bank of India (RBI) on 5 September 2016. Urjit Patel is a well-known face, being the Deputy Governor of the RBI and heading the Expert Committee for revisiting the monetary policy framework of the RBI. Two radical recommendations of the Patel-led committee were the establishment of Monetary Policy Committee (MPC) and the move from multi indicator approach to inflation targeting. In line with the recommendations of the committee, the RBI implemented inflation targeting as its monetary policy strategy from February 2015.

The committee proposed flexible inflation targeting with Consumer Price Index (CPI) combined as the nominal anchor. The target was fixed at 4% with a band of +/- 2%. Now it is the sole responsibility of the central bank to rein in inflation, as it will be answerable to the Centre, if the target is not met.

But the question here is, whether it’s the responsibility of the Government or the Central Bank to ensure price stability in an economy? For instance, what was the role of the RBI when the prices of pulses were soaring up a few months back? The repo/reverse repo rate did not exhibit any influence on the skyrocketing prices of pulses. Even the SEBI had a role to play by banning contracts in the future markets for chana (Bengal gram) but not the RBI. In India, food inflation is a major trepidation, where the central bank of the country has only a limited role. The high level of food inflation is attributed to the supply side bottlenecks in the country. The supply side management in India is so weak that the benefit of production does not reach the end users. When the prices of dal (pulses) were soaring, only 17% of the dal were lifted from the Food Corporation of India (FCI) warehouses, while a major share of 83% remained1. Had the entire quantity of dal with the FCI reached the markets, the price surge could have been restrained and the import of dal averted.

Without addressing the supply side constraints, the Centre is infusing more money into the market, which will only worsen the issue. The high level of liquidity will augment aggregate demand and without a corresponding increase in supply, the prices will climb. The allocation of Rs. 70,000 crore in the 2016–17 budget for implementing the 7th Pay Commission Report is the best example in this regard. The irony is that, in India, salary hike every 10 years is ensuing without taking into account whether the productivity of the employees is increasing correspondingly.

A steady increase in the Minimum Support Price (MSP) is also fuelling the problem of inflation in the country. The Centre is procuring from the farmers by offering a high MSP, but these products are not reaching the market. With a high MSP, the purchasing power of the farmers will increase, which will only help to widen the gap between demand and supply.

In the latest budget, Rs. 38,500 crore was allocated for MGNREGA scheme, considered one of the highest allotments, since its implementation in 2008. The MGNREGA scheme was criticised in the Urjit Patel Committee Report for pushing the wages up without a corresponding increase in productivity. Until 2007, the growth rate of rural wages was in line with CPI inflation. But from 2008 onwards, the rural wages outpaced the growth of CPI2. The increased rural wages indirectly led to an increase in the cost of agricultural production in the country. Thus MGNREGA scheme introduced by the UPA government to bring down unemployment rate in the country not only disrupted the labour market but also served as a major source of wage push inflation and food inflation in the country. As pointed out by Milton Friedman, Government’s action to reduce unemployment rate by increasing the money supply will only lead to an increase in price in the long run, sans any impact on output and employment.

Taking into account the inflation scenario in India, the government has more responsibility than the central bank to ensure price stability in the economy. Food and beverage occupy the major share in CPI, which is used as a nominal anchor for inflation targeting. The surge in food inflation can thus have a greater impact on CPI. In order to bridle inflation, if the central bank is hiking the interest rates, it can have a negative effect on the investment climate in the country. The interest rate hike will only have a limited role in bringing down the food inflation rate but it can be awful for investors as credit becomes costlier for them.

On the one hand, the government wants the central bank to have the inflation rate only within the permissible level. On the contrary, the government actions are actually building up inflationary pressure in the economy. It is high time the government indulge in a market-based solution to deal with supply side constraints faced by the country. As stated in the report submitted by the Urjit Patel Expert Committee, the government administered prices, wages and interest rate is having detrimental effect in achieving the objective of price stability. Citing the success stories of New Zealand, Canada and Australia in the implementation of inflation targeting is not enough for a country like India. The Centre should first set the stage for the RBI to act.

*Deepthi Mary Mathew is Research Associate at CPPR Centre for Comparative Studies. Views expressed by the author is personal and does not reflext that of CPPR

This article was first published in eSocialSciences: Who Takes a Call on Price Stability, the Government or the RBI?

This article was also published in the Dialogue

Deepthi Mary Mathew is Senior Research Associate at the CPPR Centre for Comparative Studies. She has an MA in Economics from the University of Kerala and is also a PhD scholar at the Gokhale Institute of Economics. She can be contacted by email at deepthi@cppr.in or on Twitter @DeepthiMMathew