Is There a Government in State, Asks DGP Jacob Thomas, The New Indian Express, 8th January 2016

The Unsustainability of the Odd-Even Scheme

How does number matter to the schools? 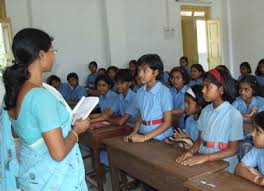 Of late, the educational sector in Kerala is becoming infamous for wrong reasons. From controversies in the SSLC results to the textbook crisis, the 100 percent literate state is slowly losing its glory.

Recently, the Kerala high court has struck down the provision in the Kerala Education Rule (KER) which lay down a teacher- pupil ratio of 1:45 to determine the staff strength of schools in the state. The high court judgement came on the backdrop of teacher’s package that was announced by the State Government on August 6, 2015. As per the package, for all the teachers’ posts fixed in 2010-11, the sanction will be given to those appointments after 2011-12 owing to retirement, death, resignation, promotion and transfer. This will be done according to the teacher-pupil ratio of 1:30 and 1:35 for lower primary and upper primary schools respectively. But, from 2015-16, the teacher-pupil ratio of 1:45 as laid down in the Kerala Education Rules (KER) will be applicable.

A petition was filed in the Kerala High Court against some of the provisions of the package by the management of some aided schools. The apprehensions in the package were with regard to the teacher- pupil ratio and the prior approval needed from the Government for the appointment of teachers in aided schools.  Accordingly Kerala high court stayed the teacher’s package announced by the State Government for two months. And recently, Kerala High Court has struck down these contentious provisions in the package.

The Government of Kerala came up with a teacher’s package in 2011, which was cancelled by the Kerala High Court. The State Government has given an appeal against this verdict, which is under the deliberation of the court. The State Government came up again with teacher’s package in 2015 in consultation with the management of some aided schools. But the new package was also challenged in the high court by some managers of aided schools.

One of the findings made by the Kerala High Court with regard to the teacher- pupil ratio was that it was against the norms specified by the Right to Education (RTE) Act. The court held that pupil teacher’s ratio should be calculated on the basis student’s strength in each class and not on the basis of student’s strength of the entire school. The RTE Act prescribes teacher-pupil ratio of 1:30 for lower primary schools and 1:35 for upper primary schools as against KER with a ratio of 1:45. Since education comes under the concurrent list, the court held that the decision made by the Central Government will be final. So, the norms stipulated in the RTE should be followed. The court has also ruled out the need for government’s prior permission for the appointment of teacher’s in aided schools.

The debate here is around the teacher-pupil ratio and the teacher’s appointment is popped up in the context of aided educational institutions in the state. During 2012-13, there were 12627 schools in Kerala, of which 57 percent were under aided category. This throws a clear picture that the aided schools continue to be a big player in the educational sector in the state. The Government is liable to pay salaries and pensions for all the teaching and non teaching staff in these schools. The mounting salary and pension expenditure has been a burden for the ailing state exchequer. The Government with its new package tried to limit its future burden on salary and pension by restraining future appointments. But with the new High court order, new vacancies should be announced to fulfil the 1:30 and 1:35 teacher-pupil ratio criteria in lower and upper primary schools. This will only augment the financial burden of the state.

The question before us is whether this number game really matters. At the end of the day, what ks important is how much a child has gained. The Government should be able to come up with a better mechanism to the defined support to aided schools and how can it delineate its role in regulating these educational institutions. The managements should have flexibility in their working. The schools should be independent both financially and operationally. The schools should be competitive enough, to impart quality education to the students. Even though, the enrolment of students to Government and aided schools are decreasing, there is an increase in the number of students seeking admissions in private schools. According to Annual Status of Education Report (ASER) 2014, Kerala was one among the top five states having highest private school enrolment rates in the elementary stage. Kerala has attained 62.2% private school enrolment rate in the elementary stage. Evidently, less than 40 percent of students in the state prefer either Government or aided schools.  This clearly shows that regarding quality of education, students prefer private unaided schools over aided and government schools. The schools that succeed in imparting quality education to the students will find their place in the long run, others will cease to exist.

The need for the hour is reforms in the educational sector, so that the state will be known for the quality of education, not for the controversies.

*Author is Research Associate at Centre for Public Policy Research. Views are personal

Deepthi Mary Mathew is Senior Research Associate at the CPPR Centre for Comparative Studies. She has an MA in Economics from the University of Kerala and is also a PhD scholar at the Gokhale Institute of Economics. She can be contacted by email at [email protected] or on Twitter @DeepthiMMathew

Deepthi Mary Mathew is Senior Research Associate at the CPPR Centre for Comparative Studies. She has an MA in Economics from the University of Kerala and is also a PhD scholar at the Gokhale Institute of Economics. She can be contacted by email at [email protected] or on Twitter @DeepthiMMathew
Deepthi Mary Mathew