Is lockdown an option?

#CPPRWebinar on “The Pandemic and the Presidential Election in America”

Indo-Pacific in a Churn: Too many Naval Exercises

The possibility of Australia joining the India-led Malabar naval exercises to be held later this year in the Bay of Bengal1 has generated an intense debate among the Indian strategic community who responded with a mixed bag of ‘excitement’ and ‘caution’. The excitement is over the belief that by including Australia, the Malabar naval exercises involving Japan, the US, and India present a good opportunity to open a new front against China through the Quadrilateral Security Dialogue (QSD) or the Quad that China believes is an Asian-NATO meant to contain it. However, the caution is rooted in the belief that the announcement comes at a time when New Delhi is engaged in intense negotiations with Beijing over withdrawal of Chinese troops in the mountains after the Galwan crisis; any such move would invite sharp reactions from China.

Meanwhile the Indian and the US navies conducted a PASSEX (passage exercise) in the Bay of Bengal; according to commander of the Nimitz Carrier Strike Group these “high-end exercises [are] designed to maximize training and interoperability [and] to provide security throughout the region while building partnerships with friends and allies.”2 Elsewhere, in the Philippine Sea, the Australian, Japanese, and the US Navy led by Ronald Reagan Carrier Strike Group held a trilateral exercise (19-21 July). The Captain of one of the participating US ship noted that they “routinely operate alongside its allies across the Indo-Pacific, and coordinated operations like these reinforce our mutual commitments to international maritime norms and promoting regional stability.”3 Furthermore, a few weeks from now, the US would be hosting the annual multi-nation RIMPAC naval exercises17-31 August,4 and as many as 25 navies have been invited. The exercises had been planned for April this year but were postponed due to the COVID-19 Pandemic.

Be that as it may, since last year, multiple naval manoeuvers involving countries of the Quad were held. First, ships belonging to India, Japan, the Philippines, and the United States conducted exercises in the South China Sea.5 Participation by the Philippines Navy was noteworthy and was seen as a stepping stone for this small navy to train with major power navies. Second, combined military exercise called Pacific Vanguard involving US, Australia, Japan and South Korea were held off Guam and around the Marianas Island Range Complex.6 Third, the Australian, French, Japanese and U.S. navies conducted exercise La Perouse which featured French aircraft carrier and an Australian submarine.7 These were spearheaded by France, and involved nuclear aircraft carrier Charles de Gaulle, and JMSDF’s helicopter carrier Izumo, which Japan classifies as a helicopter destroyer.

Meanwhile, the Arabian Sea waters too witnessed a flurry of naval activity. In December 2019, Iran hosted the first ever trilateral joint naval exercise codenamed “Marine Security Belt”, (MSB) involving Iran, Russia, and China. These four-day joint maritime drills were staged out of Chabahar in Gulf of Oman amid “heightened tensions between Iran and the US”.8 An Iranian state television report heralded the drills as signaling a “new triangle of sea power” in the region,9 with a declaration that the “era of American free action in the region is over, and [U.S. forces] must leave the region gradually”10

Iran invited Pakistan to join the MSB exercises11 but it declined despite being a natural partner to join the MSB as the Chinese and Russian navies are generally part of the Aman series. Instead the Pakistan Navy hosted its annual Sea Guardian 2020 exercises and five Chinese naval units including a submarine rescue ship Liugongdao participated raising doubts about the possibility of a Chinese submarine lurking around. The Pakistan Navy has set up Regional Maritime Security Patrol (RMSP) covering a large swath in the Arabian Sea: Gulf of Aden- Gulf of Oman-Strait of Hormuz-Maldivian waters. According to a Pakistani analyst the aim of the RMSP is to “maintain a threat-free environment in Pakistan’s immediate and distant maritime neighbourhood, so that economic, scientific and social activities at sea continue unhindered’;12 further, ‘Pakistan Navy would expand the RMSP’s partners and include regional states who support its vision.”13

The above narrative amply showcases the intense naval activity in the Indo-Pacific region and at least four trends merit attention. First, States are encouraging their navies to conduct multilateral naval exercises with likeminded states clearly suggesting coalitions are being formed to target a common or multiple challengers. According to US Defense Secretary Dr. Mark T. Esper “bilateral relationships are good, but multilateral cooperation is better” and the US is encouraging Indo-Pacific countries to “expand their own intra-regional security relationships and networks of like-minded partners.”14

Second, the geography of these exercises is shifting from the usual comfort zones (home waters) to seas close to hotspots. Third, the participating ships in these exercises are high-end combatants including nuclear aircraft carriers, nuclear and conventional submarines and missile fitted destroyers and frigates for power projection. Fourth, the stated purpose and aim of these exercises is much different from what used to be a few years ago when the navies proudly stated that they were cooperating to respond to asymmetric threats and challenges such as piracy, terrorism, drug running and gun smuggling.

Finally, new coalitions will be formed and a Russia-Iran-China ‘partnership of convenience’, meant to checkmate any US led operations in the Gulf region, is a distinct possibility. China may even take a leaf out of US’ rule book and invoke ‘free and open Persian Gulf’ and creatively carry out ‘Freedom of Navigation’ patrols in concert with Iran in the approaches to the Strait of Hormuz-Persian Gulf region.

Pakistan Navy’s RMSP is ‘work in progress’ and may gain acceptance among other nations particularly China who would be more than willing to join any coalition that helps it to consolidate its foothold in the Indian Ocean similar to the one in Djibouti and Gwadar. Other possible candidates for RMSP could be Iran, Turkey and Saudi Arabia. This should worry India which has preferred to stay away from any US or French led coalition or Task Force that have a focus on Iran.

Views expressed are personal and need not reflect or represent the views of Centre for Public Policy Research. 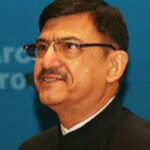