Punjab Assembly Election 2017-An analysis based on the previous elections

The Impact of Budget 2017–18 on Infrastructure 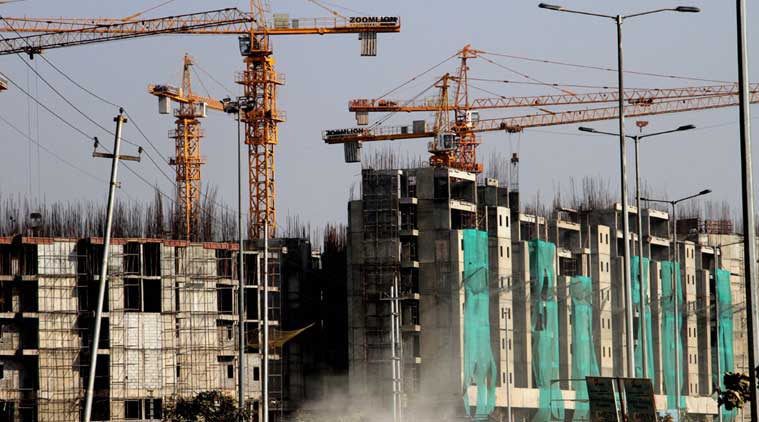 Infrastructure development is considered a key benchmark for gauging the growth trajectory of a country. The allocation for infrastructure in the Union Budget 2017–18 was analysed with renewed interest for two reasons – the merger of the railway budget with the union budget and the need to revive the sluggish real estate sector post demonetisation.

Expectations for infrastructure allocation were primarily concerning the affordable housing sector, as Prime Minister Narendra Modi had announced ‘Housing for All’ as one of the main agendas of the Government. When there was a slow down in the real estate sector due to demonetisation, the Government saw an opportunity to direct the growth of the sector towards housing for the poor. Consequently, on December 31, 2016, Mr Modi announced subsidies for housing loans up to Rs 12 lakh. Until 2017, major schemes and spending of the Government targeted the urban sector and urban growth. On several occasions, Mr Modi had pointed out that the growth of the country will be largely dependent on urbanisation and emphasised the need for investments in the urban sector. So, it was expected that more funds will be allocated to the urban sector than the rural sector. In the case of railways, safety was the primary concern and the budget was expected to address this issue.

The stated agenda of the 2017–18 budget is ‘Transform, Energise and Clean India’.This is well reflected in the budget allocations for infrastructure. Under PMGSY, the revised target is the construction of 133 km of road per day and the total allocation is Rs 27,000 crore. While added investments in rural infrastructure is a welcome move,the statistics from 2016–17 show that the achievement rate of the previous targets is low. The achievement rate of PMGSY varies from 20 per cent in Rajasthan to 66 per cent in Odisha. It is clear that the major barrier in the development of road infrastructure is not fund allocation, but the failure in execution. The budget would have been more resourceful,if the focus were on the implementation of such projects. The inclusion of provisions or schemes that would make land acquisition easier and implementation faster would have helped in achieving the ambitious target of 133 km per day.An additional allocation of Rs 4814 crore for village electrification will make it easy to achieve the absolute target by May 2018.

As expected, the budget has granted infrastructure status to the affordable housing sector.Economic survey report says that though the rate of construction and sale of houses went down considerably in the past few months, the price of housing stock did not. Granting infrastructure status to ’affordable housing’ is aimed at directing the real estate sector to invest more in low-cost housing. Infrastructure status would translate to better loan availability and low interest rates for consumers. For developers, it would indicate ease of receiving external commercial borrowings and issuing infrastructure bonds and tax benefits under the Income Tax Act. The creation of housing stock is done under PMAY scheme, for which the budget allocates Rs 23,000 crore. This is an increase of 53 per cent in the allocation from last year, but the slow pace of the project will not help to meet the target of one crore houses by 2019. The budget redefines affordable housing as housing units of 30 sq m (30 sq m for four metropolitan areas and 60 sq m for other cities) in carpet area instead of built-up area. This modification in definition means an estimated increase of 10 per cent of usable area. However, defining affordable housing in terms of unit size restricts the freedom for the occupants to build a house as per their requirements. The unit size is defined irrespective of the strength of the family and other factors that will determine the required size. Another issue associated with housing,which is left unattended in the budget, is the high land price in mega cities.

In the transportation segment, there is a huge allocation of Rs 2,41,387 crore, of which Rs 1,31,000 crore is earmarked for railways. Allocation for highway expansion is Rs 64,900 crore, which is 12 per cent higher than that of last year. In the case of highway, only 30 per cent of the target was achieved in 2016–17. Hence, allocating more funds is not going to make a huge difference, unless there are initiatives to speed up the execution process. The budget,rightly identifying the issues in the railway sector,has given priority to passenger safety and cleanliness of trains and stations. The construction of 3500 km of rail tracks and upgrading of select stations with solar power and other facilities are also proposed. The Government has announced a new metro policy and Metro Rail Act, which are aimed at standardisation and indigenisation of hardware and software. The new policy is anticipated to bring about more public–private partnerships and investments to metro rail projects. This is a positive step in promoting modern financing techniques and development policies along with metro rail development.The budget mentions upgrading of airports in Tier II cities and projects to develop 200 km of coastal roads, which can boost trade activities through ports.

India is the fourth largest energy consumer and LNG importer in the world. Given that the demand to supply gap of LNG in the country has been increasing every year, the budget has announced a reduction in customs duty for LNG from five per cent to 2.5 per cent. This will help sectors like power (28 percent of LNG is used for power generation), fertiliser and manufacturing industries. This might also bring down the cost of clean fuel and cooking gas. Two strategic crude oil reserves in Odisha and Rajasthan are proposed. The budget provides for the development of phase II of solar parks to generate an additional 20,000 MW of power. The DigiGa on initiative to provide villages with broadband connectivity has been extended to 1,50,000 villages. The project is moving at a good pace, but the number of broadband users has not increased as expected.

The Union Budget 2107–18 is lacking in terms of new and innovative schemes in infrastructure development. The thrust has been on sectors adversely affected by demonetisation. The budget has identified and attempted to nullify the damages caused to these sectors. It is clear that the targets set for road connectivity and housing stock creation are unattainable because of poor institutional capacity and inefficient development strategies. Yet,the budget offers solid and realistic proposals for sectors like railway, energy, industry and trade.

Abhishek Das is Research Assistant at CPPR- Centre for Urban Studies. Views expressed by the author is personal and does not reflect that of CPPR.

Abhishek Das was a Research Assistant at the CPPR Centre for Comparative Studies.