Interaction with Students on: “Public Policy Making for Better Governance”

Seminar on “Myths and Realities of Demonetization”

Educational Policy in U.S- Tasks before the New Administration 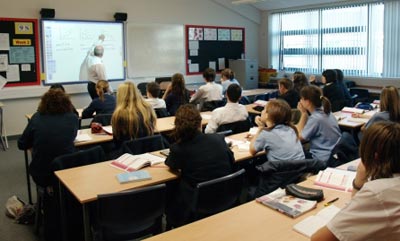 Upon analysing the voting behaviour in the 2016 U.S.Presidential Election, one cannot help noticing how whites without a college degree (who constituted about one-third of the electorate) thronged in support of Donald Trump. 67 per cent of the white uneducated voters backed him, as opposed to 28 per cent for Hillary Clinton. Interestingly, education related policies and their consequences were one among the varied factors that pivoted the voting behaviour. In a way, income correlated with education divided the electorate.

In the U.S., both the State and the Federal State Governments are vested with responsibilities in the domain of education. Both public and private schools provide education.

The educational system is categorised by various educational stages. Thus, each age group is categorised into grades, wherein kindergarten through grade 12 is known as K-12.Upon completion of the final year of high school (grade 12), the students move onto the next stage of higher education — undergraduate degrees from undergraduate school, college or university. Community or junior colleges also offer bachelor’s degrees and two-year associate degrees.

The policy of affirmative action in place seeks to provide equal opportunities in education and employment to those who are members of historically discriminated class like racial minorities and women. However, over the years, this historically practised policy has drawn flak for giving undue benefits to less deserving and for subsuming merit. Though both the Democrats and the Republicans agree on an effective education system, both disagree on the policies to achieve the same.

The Republicans oppose affirmative action in higher education and argue that students should be admitted solely upon the efforts put forth in their education and not by means of race or gender. Supporting a limited government, their policies in education-removing government’s responsibility to provide for a high quality and equitable education or removing financial support for higher education, providing parents with vouchers to transfer children out of the public system or ending federal student loan programme and encouragement for restoring private sector participation in student financing are premised on these ideals.

As opposed to this, the Democrats vouch for an expansive role of government in education. They highlight the role of the state in ensuring equality of opportunity by enabling a level playing field and stand for eliminating unfair advantages on account of privilege or discrimination.Towards this end,they support increased federal funding in education, with special support to needy students, and provide parents with high-quality public school options.

Tasks before the New Administration

The 115th U.S. Congress will have a Republican majority with 51 Senate and 231 House of Representatives. President-elect Donald Trump may not have openly admitted to the cause of lowering the cost of education, yet he seems to favour income-based loan repayment programmes to make college education accessible to all. He supports school choice to each of the 11 million school-aged children living in poverty, call for reforms to help universities reduce their cost of college and student debt in exchange for federal tax breaks and tax dollars, encourage the states to contribute budgets (educational budgets to the tune of $110 billion) to school choice system enabling $12,000 in school choice funds to every K-12 student in poverty and improve the technical and vocational educational systems.

Inspite of spending $11,600 (as on 2016–17)for every student enrolled in elementary and secondary public schools (by far the highest across the world), studies by National Centre for Education Statistics point out how the children are lagging behind their peers globally.

In all likelihood, the Trump administration will push for school choice as a prerequisite to deal with the existing inequities and deteriorating standards in education, whereby the students are enabled with better choices over failing public schools. This will be implemented by pumping an additional federal investment of $20 billion towards school choice. Spearheading the Every Student Succeeds Act (ESSA) to help expand educational opportunity and improve student outcomes is likely to be a priority. It stipulates states to create state-wide accountability systems by adding a measure of school quality or student success to deal with the widening achievement gap in elementary education(by 2017–18).

It is likely for the new administration to re-authorise or re-approve the Higher Education Act (HEA) – the federal law that governs the administration of federal student aid programmes, and the Perkins Career and Technical Education Act– to facilitate vocational training and workforce development.

The choice of Betsy DeVos (known for her efforts to change Michigan’s state constitution to allow tax-credit scholarships or vouchers)as the education secretary further underscores the resolve of the new administration in pushing ahead the school choice system and the agendas of privatizing and defunding of the public education system.

Vinny Davis is the Managing Associate of CPPR-Centre for Strategic Studies. Views expressed by the author is personal and does not represent the views of CPPR.

This article is a reproduction of article published in Pallikkutam, a monthly magazine published by Rajagiri Group of Educational Institutions.

Vinny Davis was Managing Associate of the CPPR Centre for Strategic Studies.