Study on Consumption and Saving Patterns

Japan: A Pacifist Embrace of  Militarism- Or was it the other way round? 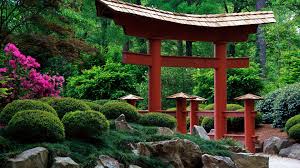 Collective Security dictum of “all for one and one for all” rationale for global peacekeeping missions will now be applicable to Japan. The significant changes in the pacifist constitution of Japan to make its defence forces more upbeat recently witnessed a lot of frenzy in the country. It is not uncommon for nations to make alterations in their defence policies and Shinzo Abe’s astuteness was notable. The entire melee within the Japanese hinterland couldn’t deter the leadership, although it can affect the prospects of the ruling coalition.

The dynamics with which the alignments in the global chessboard of Asia-Pacific are maneuvered warrants immediate attention. Eventually the national interest is justified for such a radical shift. The pacifist Japan endorsing the new security legislations does give lots of room for introspection. The Chinese are arming themselves in the region with its third airstrip in South China Sea; the North Korean military endeavours and their nuke ambitions presents a bleak picture. Furthermore, Japan is embroiled in disputes with China, Taiwan, South Korea and Russia over Senkaku islands, the Liancourt Rocks, and Kuril islands respectively. Long time Japanese ally, the United States of America who is resolute in ensuring the regional peace and stability in its much coveted “Asia –Pacific” region is bound to be at ease now.

A rethinking on how Japan can reconfigure its position to the changing developments might have prompted Abe to take this bold step.  Despite its economic prowess and its stature amongst the “Triad” (a bloc which connotes the imperial power brokers) alongside U.S, Western and central Europe, was the Japanese dissuaded for not possessing a force with offensive capabilities? With the United Nations Security Council seat being hotly contested by other global powers was the step pre-meditated to project its military capabilities?

History is replete with instances to prove Japan as a war-monger. Their glaring attempts to whitewash the scandalous past is explicit in the way of Japanese history is doctored in school text books. Be it the feudal wars; clan based warfare, or the shogunates (Military governments) led imperial militaristic encounters of Meiji rulers, the image of a pacifist nation of Japan was only a modern contributory. Who would have expected this tiny Asian country to sign defence pacts with Britons (1902) or even defeat the mighty Russians in the Russo-Japanese War (1904-05), becoming the first and only Asian nation to do so?  It occupies a perilous position in the pre-Cold war times (1930 – 40s) as a perpetrator of many a feuds. The Chinese will never forget the Manchurian and subsequent Taiwan adventures by Japan. It takes only a fraction of a second to rekindle the horrors of Nanjing massacre for the Chinese. An obstinate stand to veto any prospective Japanese entry to Security Council can be expected as a sweet retribution for the misdeeds of the past.

Being a late entrant into the global colonization contests, Japan was unwilling to cast aside its imperial ambitions. Japanese aggression offered to question the invincibility of the Western powers. It paved way for Japan to ally with the Allies during World War I, besides entering into a Tripartite Pact with Germany and Italy in World War II. Their defiance to withdraw from Indo-China and Chinese territories prompted Americans and Britons to impose a gasoline embargo. The Japanese war crimes in the Pacific war were horrendous in terms of treating both the war prisoners and civilians. But they had to pay gravely for their miscalculated campaigns with the Pearl Harbour attack (1941); so much so that the country was battered beyond redemption after the Little boy & Fat man unleashed an unprecedented nuclear holocaust.

The period from 1945-54 witnessed the U.S occupation of Japan. Primarily, it was intended to review and chalk out the development process in the war- ravaged country. Subsequently, General Douglas MacArthur – chief commander of the allied forces, was at the helm of drafting a new constitution for the country. The war renunciation clause of Article 9 says, “Japanese people forever renounce war as a sovereign right of the nation and the threat or use of force as means of settling international disputes”. Therefore, historical experiences had a considerable influence on having war prohibitive clauses in its constitution.

With the Japanese society suffering badly, its decision makers left no stone unturned to resuscitate this lost image. Building a coalition with the U.S was pivotal in making Japanese economy a force to reckon with; making it a veritable economic power globally. Being a steadfast U.S ally, the province of Okhinawa houses American bases for the purpose of administering the former’s interests of regional stability in the Asia-Pacific region. Japanese global engagements resumed with its strategy of dollar diplomacy wherein monetary help was provided without being directly involved in military interventions abroad. Its forces do aid humanitarian missions as well. The Japanese constitution also barred the country from having a standing army or waging war with another country. Several dilutions of its provisions happened over time. This culminated in the creation of air, naval and ground forces for defensive purposes.  The Japanese Self-Defence Forces is one of the highly advanced forces in the world. Japan has had its highest defence budget after World War II, of U.S $ 42 billion in early 2015, and is globally ranked seventh in terms of defence spending. The figure is expected to double with this proposed legislation. The resilience of the Japanese economy will be tested here, as an ageing profile characterizes the demographics of Japan. Over 22% of the population is above 65 years of age. It remains to be seen how Japan will find means of tax base with this demographic dilemma for its reformed defence schemes.

The recent legislations by the Japanese Diet will not just alter the basic premises of the 70 year old pacifist constitution; rather more it can be a causal factor for dragging Japan to conflicts across the world. This is indeed a precarious scenario, as it will not be able to shy away from aiding U.S. even in its miscalculated peacekeeping missions. Though the legislations stipulates the use of force to a necessary minimum, it can allow its military to mobilize overseas to repel any attack, to ensure the survival and protection of its citizens. Quiet blatantly, as per the definition of “collective security”, Japan will now be in a position to counter any attack on itself or its ally, provided the Japanese security is at stake. The manipulation in the United Nations R to P (Responsibility to protect clause which sanctions military interventions) provisions by the West for their vested interests have had its due share of pros and cons. It will become hard for Japan to absolve itself of the consequences of its actions; otherwise it may have the same fate as other global players in the present Syrian quagmire.

Without doubt it will be a daunting task for Abe and his Liberal Democratic party to cash in on their political base, as the citizens were vehemently opposed to this move. The protesters who rallied outside the Diet were largely the Japanese youth. By default, it helped in a different political socialization to take shape in Japan. The agitations spearheaded by the youth signify a positive connotation, even if it necessitates a shift in the political orientation. The present political logjam needs to be balanced to prioritize the national interest, while allaying concerns of its masses who envision for a peaceful Japan.

* The Author is Managing Associate of CPPR Centre for Strategic Studies (CSS). Views are personal